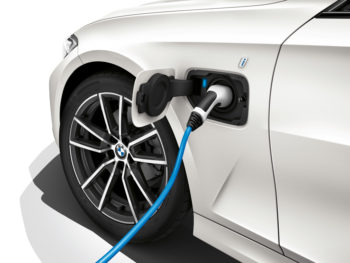 The SMMT says the Plug-in Car Grants are “baffling”

Latest figures from the Society of Motor Manufacturers and Traders (SMMT) show the new car market fell 2.9% last month to 153,599 units with declines seen in both fleet and private and fleet sectors, down 5.2% and 1.0% respectively. Meanwhile sub-25 ‘Business’ registrations were up 10.0%.

The decline has been attributed to ongoing model changes and backlogs of testing due to the introduction of the new WLTP testing regime.

Diesel registrations fell by a further 21.3% while registrations of petrol cars rose 7.1%. However, it was the market for alternatively fuelled vehicles (AFVs) that once again showed strong growth, up 30.7%. Within this, registrations for battery electric vehicles were up 86.9% while hybrid and plug-in hybrid vehicles grew 31.0% and 19.1% respectively.

The SMMT said the increase was not surprising given the announcement that the Plug-in Car Grant was to be cut for pure electric cars and withdrawn completely for plug-in hybrids; the introduction of the new reforms has already been brought forwards due to higher-than-expected demand to sign up for funding before it changed. The organisation added that due to lead times, the full impact may not be seen for several months.

The SMMT also warned that the cuts could impact government targets to increase AFV uptake. Its latest industry forecasts for AFV demand show registrations are expected to grow +82.5% from 2017 levels by 2020 with similar growth (+88.3%) is projected for plug-in electric cars; this means around 92,620 new plug-in hybrid and battery electric cars are expected to be sold in 2020 – taking market share to around 4.0%.  However this is at the lower end of the Government’s 3-7% stated ambition, and the organisation said the cuts to the grant further undermining the car industry’s ability to deliver this ambition.

Mike Hawes, SMMT chief executive, said: “Demand is still far from the levels needed to offset losses elsewhere, however, and is making government’s decision to remove purchase incentives even more baffling. We’ve always said that world-class ambitions require world-class incentives and, even before the cuts to the grant, those ambitions were challenging. We need policies that encourage rather than confuse.”

He also called for the Government’s forthcoming review of WLTP’s impact on taxation to ensure that “buyers of the latest, cleanest cars are not unfairly penalised else we will see older, more polluting cars remain on the road for longer”.

His calls have been backed up elsewhere in the industry, with Ian Plummer, director of Auto Trader, having warned that car manufacturers “may choose not to market the new generation of electric vehicles in the UK if the Government continues to put up barriers”.

“Reducing the OLEV grant is a big step-backwards and will create a major barrier to entry,” added Plummer. “It’s frustrating that this much-needed lifeline for the industry is being undermined by the Government’s relentless efforts to stigmatise traditional fuel types rather than offering a clear and compelling narrative to switch to electric.

“The reality is, the growing array of exciting new electric vehicles simply won’t come to the UK if consumers have a reduced incentive to buy them, and not only will that harm the market, but the Government’s Road to Zero ambitions too.”

Commenting on the 40.7% year-on-year rise in motorists buying hybrid or electric cars, he said: “This demand for AFVs ties in with the trends we’re seeing in our own research, which shows that 82% of fleet managers believe it’s important to move towards AFVs and 42% of fleets are planning to add more AFVs within the next two years.

“The big question now is whether this enthusiasm will be sustained following the recent announcement of the removal of subsidies for hybrid cars which, as the SMMT rightly highlights, could undermine efforts to lower emissions.”

Previous: Today in Fleet – Monday 5 November
Next: Call for entries for The Great British Fleet Awards 2019