The chancellor has failed to provide clarity on future company car tax (CCT) rates and how the switch to WLTP will be handled – despite calls from the industry. 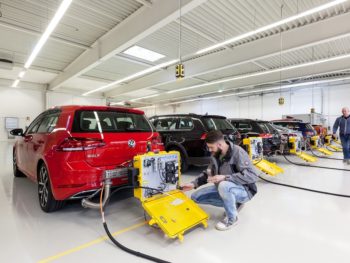 The Government had been urged to announce BiK tax bands beyond 2020/21 and to outline how the higher CO2 figures from the switch to WLTP would be mitigated for CCT and VED; latest figures from Jato show an average 9.6g/km uplift from the old ‘true’ NEDC figures to the new NEDC Correlated figures that are now being used for both while the proper WLTP figures are likely to be higher still. Some experts have predicted a 25% increase between NEDC Correlated and full WLTP figures.

Although last year’s Budget confirmed adjustments to company car tax and vehicle excise duty in April 2020 for the higher CO2 figures, there’s been no indication of how those tax bands will shape up, or if they might be backdated to all WLTP-tested cars.

This is despite repeated calls from the fleet industry – including Fleet World’s campaign – for the Government to provide much-needed clarification.

Instead, the Budget Red Book merely says: “The Government will review the impact of WLTP on Vehicle Excise Duty (VED) and company car tax (CCT) to report in the spring. WLTP aims to provide a closer representation of ‘real-world’ fuel consumption and CO2 emissions.”

Such ongoing lack of clarity on future taxation, including a lack of rates past 2020/21, will continue to impact on company car driver choices. There have been reports of fleets holding off on new car purchases due to tax uncertainty and the switch to WLTP; fleet registrations were down 22.4% in September due also to rising tax costs under the current NEDC Correlated figures and a lack of WLTP-homologated cars. Research published by Jato last week found that almost half of carmakers’ ranges in Europe were not WLTP-tested at the start of September.

All of this is expected to further stall the company car market as fleets either extend contracts, turn to short-term rental or even let drivers opt out. Recent HMRC figures show the number of UK employees taking company cars fell by 20,000 during the last tax year, as rising tax burdens continue to take their toll on demand, with employees increasingly turning to personal contract hire instead, as shown by latest BVRLA figures.

The lack of clarity has drawn criticism from within the fleet sector, including from ACFO, which has highlighted the possible impacts.

Chairman John Pryor said: “Historically, the Chancellor has announced company car Benefit in Kind tax rates for up to four years in advance. The chancellor’s failure to make announcement and provide clarity to fleet decision-makers and company car drivers will, ACFO fears, further driver employees to opt for a cash alternative instead of a company car.

“Given that ACFO research and industry data suggests that when employees make that move they select a car with a higher CO2 emissions figure than the company car they were driving the further delay in announcing tax rates is likely to hamper the Government’s environmental and air quality improvement strategy.”

Richard Hipkiss, managing director, Fleet Operations, also commented: “The chancellor’s decision to delay a government review of the impact of WLTP on Vehicle Excise Duty (VED) and company car tax (CCT) will come as a major blow to the fleet sector. The lack of insight into tax liabilities from April 2021 continues. Strategic long-term planning remains difficult with the lack of clarity set to continue stymying procurement decisions for many fleet operators.”

And Paul Hollick, managing director of TMC, added: “This now means that any employee choosing a company car now is still taking a gamble on how much tax they pay in year three. That’s bad news all round, not only for the fleet industry and its customers but also for the government’s low carbon transport plans, if employees opt out of company cars into older vehicles. The Treasury and HMRC really have to get a firm grip on CCT before Brexit overwhelms them.”

John Webb, principal consultant at Lex Autolease, also highlighted that the lack of long-term BiK tables is a key factor that’s holding the market back.

“Before fleet decision-makers can build a strategy based around the average 48-month contract, and before employees can commit to what is essentially a four-year investment, they need assurance that the associated costs are not going to increase over its lifetime.  There has been a lot of noise about the increased availability of WLTP data causing indecision, but until fleets and drivers understand how it will impact BiK taxation and ultimately affect their finances, it is of little value to them. Orders for diesel vehicles are being delayed in case any further tax increases are announced which could make them prohibitively expensive. Equally, the question over whether tax incentives will be maintained for electric vehicles will determine whether and when the immediate investment in an Ultra Low Emission Vehicle fleet will pay off.”

The Budget’s lack of reference to any early introduction for the 2% company car tax rate for electric vehicles was also criticised. A number of organisations had highlighted ahead of the Budget how addressing the cliff-edge in company car benefit-in-kind (BiK) tax rates and bringing forward the 2% rate to 2019/20 could help drive ULEV uptake in line with government ambitions.

In response, BVRLA chief executive Gerry Keaney said: “The chancellor chose to ignore the overwhelming voice of fleets, motoring groups, business organisations, environmental groups and MPs – all of whom were united in calling for this simple tax measure to support the electric vehicle market.

“The Government has missed a golden opportunity to incentivise the most important market for electric cars and is in danger of undermining its own Road to Zero Strategy.”

David Brennan, CEO of Nexus Vehicle Rental, echoed his comments: “By failing to announce that the 2% tax rate for pure electric company vehicles has been brought forward, the Chancellor has contradicted his commitment to a cleaner future. As we are seeing increasing numbers of fleets turn to electric vehicles (EVs) to drive their businesses, this failure will prevent a speedier and more widespread uptake in ULEV – especially important following recent calls for the 2040 ban on new petrol and diesel vehicles to be brought forward to 2032 – which we feel is an already ambitious target.”

And ACFO’s John Pryor also condemned the Plug-in Car Grant change and the lack of action on bringing the 2% rate forwards.

“Those twin decisions will, ACFO believe, only serve to dampen fleets’ enthusiasm for ultra-low and zero emission cars, at least in the short term, at a time when the government says it wants to drive out petrol and diesel engined vehicles from the UK car parc,” he said.

“Budget 2018 has been a waste of a golden opportunity for the Chancellor to provide both clarity and long-term stability to enable fleet decision-makers to shape company car policies. The fleet industry must now wait until spring 2019 to know the future shape of company car benefit-in-kind tax and, in the meantime, uncertainty continues to rule.”