Tesla has retained its top spot as the country’s most appreciated EV charging provider, according to latest research by Zap-Map. 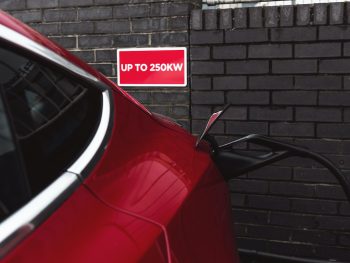 The rankings show Tesla’s network of more than 560 high power superchargers and 1,100 destination chargers continues to prove popular with drivers; one of whom commented that Tesla’s service is “the standard all networks should aspire to”.

The results, based on a sample of more than 1,500 Zap-Map users and ranking networks on reliability, ease of use, cost and facilities, also reveal that InstaVolt kept its second spot for the third year running and was again first place for a multi-brand network.

With more than 460 rapid chargers across the country, InstaVolt scores highly for both reliability and ease of use; feedback from respondents highlight the reliability of the chargers and the fact that there are generally two chargers at each location, providing a level of redundancy.

In third place, and greatly improving on its 2019 ranking, is Osprey (formerly Engenie) which was also rated highly for its reliability and ease of use. One Osprey user also complimented the network’s services as “nice and visible, good locations, simple to use”.

The rankings also saw Swarco E.connect enter the list for the first time, gaining a strong fifth position and 3.5 stars out of five.

Meanwhile at the bottom of the list was Ecotricity’s Electric Highway network with two stars. One user commented that “they are out of date and unreliable, with a monopoly on motorway site locations”; a sentiment echoed by other Zap-Map users that rely on rapid charging at motorway services for longer journeys across the UK. On the positive side, with most chargers sited at motorway service areas, almost all locations have plenty of amenities, resulting in the network being ranked third in this category. EV drivers also like the 100% renewable energy promise and the fact that the chargers often revert to free vend if there is an issue.

Dr Ben Lane, co-founder and CTO at Zap-Map, said: “This year’s network rankings should focus the minds of all EV charging providers. As the survey demonstrates, EV drivers are very clear about the factors that make for a good charging experience, with reliability and ease of use being key priorities.

“A new generation of drivers want to arrive at a charge point and be confident that it will be simple to use and a trouble-free experience. They are quick to pick up that different networks offer varying  levels of service, and will actively visit networks that provide a reliable and easy-to-use experience.”