Drivers heading to Europe are being urged to prepare for their trip and research country-specific driving requirements before hitting the road. 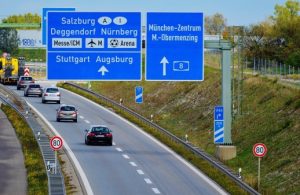 According to new research by RAC European Breakdown, two in five (42%) drivers in Europe suffer problems on the road. Of those over one in 10 (13%) of drivers says they have driven on the wrong side of the road while a fifth (22%) have become confused by roadside signage.

And 7% have struggled to find the right money for toll booths or work out how to use the machine.

Further European driving troubles include having an encounter with a local policeman (6%), having been stopped for a motoring offence whereas a smaller percentage (5%) said they have been caught driving too fast by a speed camera. Around 4% were found to have been involved in an accident – the same percentage as those who said they had driven the wrong way around a roundabout – and 3% revealed they had been the victim of a road rage incident at the hands of an irate local driver.

The RAC European Breakdown research also revealed a high level of confusion around the phone number to dial in the EU for emergency assistance, with only 30% knowing the number to call was 112 – in 2015 the figure was 38%. Of the remainder 50% admitted simply to not knowing the number and a combination of others who thought it was the UK non-emergency health number 111 (11%), the US emergency number 911 (5%) or the police non-emergency line 101 (3%).

The RAC research backs up recent analysis by Alphabet that found 83% of drivers admit they are scared of breaking down in a country where they can’t speak the language and over half consider themselves nervous while driving abroad.

This includes packing driving licence, motor insurance certification and vehicle registration documents – such as a V5 form or a VE103 for a leased vehicle; making sure that any compulsory kit is packed, for example drivers in France must carry an approved breathalyser self-test kit; and ensuring the vehicle has been prepared, for example with a GB sticker.