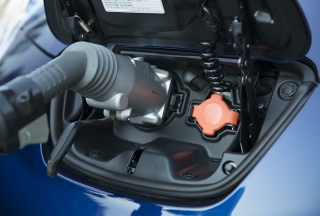 The event was hosted by the Go Ultra Low campaign, which highlighted that 20,992 ULEVs were registered between January and September this year, up 138.5% against 2014. Of these registrations, nearly two-thirds (64%) were made to UK businesses, showing the important role that companies play in new car purchasing.

Speaking at the summit, Andrew Jones said: “UK businesses have a crucial role to play in driving the growth of the UK’s electric vehicle market; two thirds of ultra low emission cars registered in the UK this year were bought for fleet and business use. We want to make electric vehicles the natural choice for all motorists, and the faith placed in this technology by UK businesses is helping to change attitudes and boost demand. Company bosses recognise that electric vehicles are good for business and good for Britain, and we want the general public to follow their example.”

The event also saw a business guide to plug-in vehicles published by the Go Ultra Low campaign, which is available to download from www.GoUltraLow.com.

Head of Go Ultra Low Poppy Welch said: “It is important that businesses look beyond the initial list price of the vehicle. Electric cars benefit from government grants and tax breaks and are significantly cheaper to run and maintain, all of which helps to reduce the total cost of ownership. In addition, they provide notable environmental benefits.”