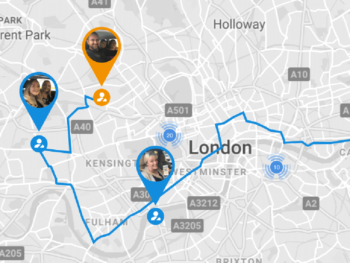 The news follows the two companies having worked together since 2018 on the development of a Toyota branded carpooling platform to offer ‘incentivised carpooling’ in Europe. Toyota currently runs several projects across 6 cities in Europe and 3 around the globe. The ambition is to roll out Faxi’s ‘car sharing’ system – that uses smart phone telemetry to prove whether journeys have in fact been shared – across Europe and beyond.

TFS says the move is in response to companies increasingly transitioning to more sustainable practices and employees realising the high costs of commuting, both monetary and environmental.

Faxi developed an app and software platform to tackle commuting related concerns for the benefit of companies, employees and cities. Through the app, users can find and connect with colleagues who share the same route to work and commute at similar times. It allows companies to verify employee carpooling in real-time and to offer incentives and rewards, such as priority parking, to car poolers.

Not just a ‘pie in the sky’ ideal, the policies have already proven successful with one UK based customer observing increased co-worker carpooling from under 10 to over 200 passengers and drivers per month in just six months using the system.

Doug Gillies managing director of TFS said: “Building on the partnership with Faxi, TFS decided to invest in Faxi to introduce technology to reduce single occupancy vehicles and the congestion and emissions that they cause.”

Tony Lynch, chief executive and co-founder of Faxi added: “Large organisations across the globe have workplace parking issues. In addition to benefiting companies by solving this concern, employees are encouraged to carpool with co-workers by for example earning a reserved parking space. Ultimately, if more people carpool, this can have a considerable downsizing effect on the number of cars on the road, benefiting an entire community.”