The Toyota Corolla has ditched its 1.2-litre petrol engine to go all-hybrid for 2020; part of a series of updates that also bring a new, more rugged estate variant and a more sporty hatchback grade. 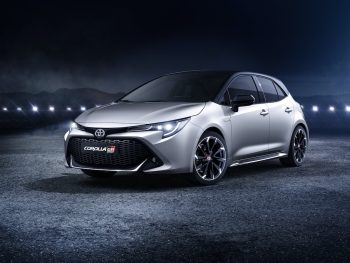 Introduced some nine months after the 12th-generation model opened for orders last spring – and returned to the Corolla moniker – the updates carry over the dual hybrid strategy already seen on the latest C-HR, featuring the revised 1.8-litre and new 2.0-litre hybrids introduced at launch and available across the hatchback, touring sports and saloon models.

Toyota has also introduced a new eponymous Touring Sports model in partnership with bicycle manufacturer TREK. The suspension has been raised by 20mm and special exterior styling details have been added, including black edging for the front and rear bumpers, silver-finished front and rear under-runs, black wheel arch mouldings and black rocker panels with silver inserts. There’s a new machined/black contrast design for the 17-inch alloy wheels and TREK badging on the tailgate, plus rear privacy glass, a honeycomb-pattern grille and LED headlights. 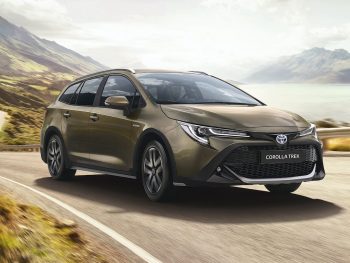 The interior also brings bespoke detailing, including TREK-branded scuff plates, a special two-tone fabric upholstery and wood-finish trim on the dashboard. As with the GR Sport, the specification matches the regular Corolla Design trim, with the addition of a power tailgate with kick sensor.

Other changes for 2020 see Toyota’s latest multimedia system, including Apple CarPlay and Android Auto functions, standard on all new Corolla models. Meanwhile the Corolla Excel grade has been enhanced with the standard provision of sports seats with black leather upholstery and red accents. The Excel Touring Sports also adds in a hands-free power tailgate that can be opened using a kick sensor below the rear bumper.

The new line-up is on sale and available for delivery now while GR Sport and TREK model deliveries start in January 2020.