SUVs take over as best-selling cars in Europe 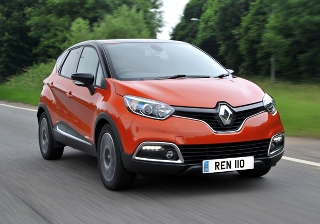 The research by JATO Dynamics shows that SUVs outsold the traditional subcompact and compact segments, posting an increase of 24% at 3.2 million units.

Overall SUV market share grew from 19.8% in 2014 to 22.5% in 2015, leaving the subcompacts in second position with 22.0% share, and the compacts segment third with 20.6%. These vehicles along with the mid-size sedans/SW and sports cars were the only segments to gain market share in 2015.

JATO added that SUV growth was partly driven by small SUVs, which contributed almost 38% of total SUV segment registrations in 2015. Their volume increased by 38% over 2014, exceeding, for the first time, the one million-unit mark at 1.2 million.

However, despite their strong growth, they were still behind the compact SUVs, which accounted for 40% of the total at 1.28 million units. Small SUVs growth rate was also outperformed by the 42% increase posted by the mid-size SUVs, which totalled 470,400 units. The large SUVs came last with 243,000 units, up by 27% on 2014’s results.

JATO’s research also showed the segments that declined in 2015, with large sedans/station wagons down 1%, MPVs down 2% and luxury sedans down 6%.