Southampton City Council has said it can achieve air quality compliance without the need for a charging clean air zone. 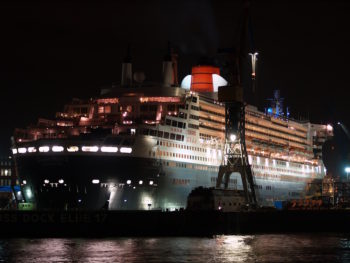 The council is one of the first five local authorities in England outside of London required to develop a local plan to bring about compliance with EU Ambient Air Quality Directive limits of nitrogen dioxide (NO2) within the shortest possible time, and has previously announced plans to implement a ‘Class B’ clean air zone for buses, taxis and HGVs by 2020.

A 12-week consultation was held on the proposals between 21 June 2018 and 13 September 2018 and received an unprecedented response, showing that businesses had concerns over the scheme.

In response, Southampton City Council has now published its Proposed Business Case to deliver compliance with the EU limit value for nitrogen dioxide by 2020 and said it will be done without the need for a charging zone.

The council added that its dedicated work with partners had significantly reduced nitrogen dioxide pollution over the last three years by 24% in some of the most polluted areas. This includes schemes to introduce cleaner city buses, a low-emission taxi incentive scheme; introduction of cleaner fuels and equipment at Southampton’s port, and a £3.9m investment in cycling infrastructure.

Within the report, a case has been put forward to introduce further measures to ensure compliance is achieved even earlier than 2020 through ongoing improvements to air quality.  These include port measures, possible trials of freight consolidation, a further clampdown on bus emissions and expansion of the low-emission taxi scheme along with a ‘try before you buy scheme’ electric taxi initiative.

The council added that it would shortly announce a bold new Green City Charter which will address a range of environmental issues, including an aspiration to cut NOx pollution to 25ug (micro) by 2025 and to become a carbon-neutral city by 2040.

Commenting on the news, the Freight Transport Association (FTA) said the charging clean air zone rejection was a win for the port and for local businesses.

Rebecca Kite, environmental policy manager at the FTA, said: “While the logistics sector is fully committed to reducing its environmental impact, it is of the upmost importance that any air quality scheme reflects the unique needs of each place. The proposed charging CAZ would have brought thousands of businesses and operations into its scope, causing operating costs to soar and irrevocably damaging its local economy. Most worryingly, the bustling Port of Southampton, which is UK’s second largest container terminal, would have been included in the Zone.”

Previous: Cost of bringing bridges up to scratch continues to mount
Next: VRA to explore hybrid and electric vehicle remarketing challenges