Southampton City Council has published the responses to its clean air zone, said to have seen an unprecedented level of response and showing that local businesses have some concerns over the impact of the scheme. 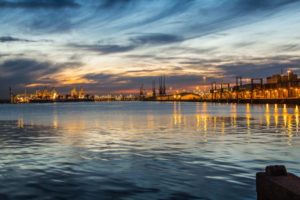 The Class B clean air zone would cover buses, taxis and HGVs

The council is one of the first five local authorities in England outside of London required to develop a local plan to bring about compliance with EU Ambient Air Quality Directive limits of nitrogen dioxide (NO2) within the shortest possible time, and has previously announced plans to implement a ‘Class B’ clean air zone for buses, taxis and HGVs by 2020. New Forest District Council has also been identified as needing to undertake an assessment to improve air quality to legal levels, and is working in partnership with Southampton City Council to ensure the city’s proposals deliver legal compliance in both areas.

The results, now outlined in a report, show that a total of 56% respondents agreed with the preferred option for a city-wide Class B scheme while 33% of respondents overall disagreed.

However, the highest level of disagreement when comparing different interest in the consultation was by employees or self-employees of a business or organisation. In total, 45% expressed disagreement and 45% expressed agreement. There were higher levels of agreement towards the preferred option by businesses with more than 750 employees compared to smaller businesses. The results also show higher levels of agreement in favour of the preferred option from businesses which enter or work within the proposed Clean Air Zone once a week or less compared to more frequently.

The research also found that business opinions were affected by how much they’d be impacted by the scheme. When comparing the number of times businesses travel into or within the proposed clean air zone, there was a higher proportion of agreement (81%) with the aim of the clean air zone by business that would enter the zone once a week or less compared to those that work within or enter the zone more often.

The consultation also saw respondents identify small businesses and taxis as needing help and support, which suggestions including eco driver training for businesses and funding and grants to upgrade vehicles.