Škoda has halted work at its three Czech plants in response to the coronavirus pandemic but says production is now back up and running in China. 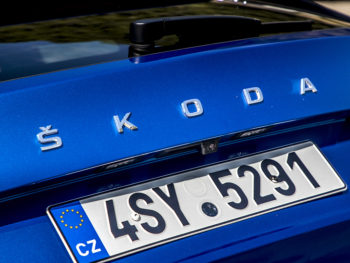 The plants at Mladá Boleslav, Kvasiny and Vrchlabí plants will be shut down, initially for two weeks

The plants at Mladá Boleslav, Kvasiny and Vrchlabí plants will be shut down, initially for two weeks, after three employees were confirmed to have the virus; they are in a stable condition and as a precaution, several other staff members are self-isolating at home.

Škoda Auto CEO, Bernhard Maier said: “With 37,000 employees in the Czech Republic alone, our responsibility extends far beyond the factory gates. Everything must be done to slow the spread of the virus in order to protect and help those who will be particularly affected – most notably the elderly and people with underlying health conditions. In addition, the sales channels in most markets have also collapsed due to government measures.”

Meanwhile, production of Škoda models has resumed at its Chinese plants, with the exception of Changsha. Production is continuing in Russia while manufacturing at the Indian plant in Aurangabad is continuing, although at a significantly reduced capacity. Production has stopped in Pune, India, as a planned process for the India 2.0 project, which sees the plant converted for the manufacturing of a new model family.

Previous: Ford brings summer shutdown forwards in UK
Next: Volvo suspends European and US production but sees return to norm in China