Chery, one of China’s biggest carmakers, is to launch in Europe with a line-up of ‘electrified’ crossovers and sights set on a footprint in the fleet sector. 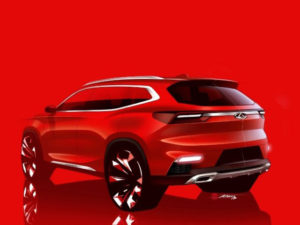 Chery’s European-market crossover will be shown next month.

The first of the range will be an as-yet-unnamed crossover, a rival for the Nissan Qashqai, which will debut next month. Chery said it is investigating sales opportunities in fleet as well as retail, and will establish local design and R&D centres as it grows.

So far, there are few details about the launch vehicle, other than prior announcements suggesting it will have 1.5-litre turbocharged hybrid and 1.6-litre direct injection petrol engines from launch. It’s also possible that the carmaker’s plug-in hybrid technology could be brought to Europe.

The wider model range will be focused on SUVs and crossovers, all of which will have “electrified powertrain technology” – though this is likely to include mild-hybrids.

Chery has built six million vehicles since it was founded in 1997, and a fifth of those have been exported. It has a 50:50 joint venture with Jaguar Land Rover to build cars in China, and another with Singapore-based Kenon Holdings, which is steadily rolling out the Qoros luxury brand in markets around the world.