British Summer Time (BST) should be maintained all year round to save lives, in particular for vulnerable road users. 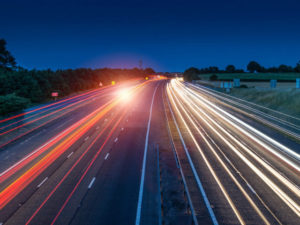 So says RoSPA as the House of Lords continues its inquiry into the European Commission’s proposal to end seasonal changes of time in the EU, taking evidence on what it could mean for the UK – including for road safety.

The European Commission proposal plans to stop clock changes in 2021, with members decide for themselves whether their citizens live in summer or winter time.

Individuals giving evidence this week included Nick Lloyd, head of road safety at RoSPA, which has been campaigning since the 1960s for clock changes to be scrapped as it points to the marked spike in road accidents after the clocks go back in the autumn.

The organisation says the potential to save lives by ending the autumn clock change has been shown in a three-year experiment carried out in 1968, which saw the clocks brought forward in March that year and not turned back until October 1971.

Throughout the experiment, road casualty figures were collected during the morning (7-10am) and in the afternoon (4-7pm) in the two winters before the project (1966/67 and 1967/1968) and in the first two winters where BST was retained.

The data revealed that approximately 2,500 fewer people were killed and seriously injured during the winters of 1968/69 and 1969/70 compared to the previous two years; equating to a reduction of 11.7%.

More recently, the RAC Foundation looked at the road casualty data from 2012-2017 for two weeks either side of the clock change. It found in the spring there is a slight fall in the number of causalities, but the October change sees an average increase of 278 collisions – a increase of 5.1%.

RoSPA’s chief executive Errol Taylor said: “Each year, when the clocks go back in the autumn, there is a marked spike in the number of vulnerable road users killed and seriously injured.

“From the 1968-1971 experiment, we know we can reduce accidents, particularly those involving child pedestrians, by having lighter afternoons and evenings throughout the year. So the question remains, why aren’t we doing this now?”

The risk varies across the country with the North of England reporting one of the highest increases in accident rates between the months of October and November with a 48% increase in the evening and an 8% increase in the morning rush hour.

Young drivers, aged 17-25, with less experience on the roads are likely to be more vulnerable – especially if they are facing their first experience of driving in wintry conditions since passing their test.

As a result of the darker days, 40% of van drivers said they suffered from fatigue, with nearly half confessing to nearly fallen asleep at the wheel (48%).

The most common method in the van community to alleviate tiredness when driving is by taking a break, cited by 62%, followed by winding down a window (58%).