Scotland cracks down on drug driving with new roadside testing

New drug driving limits and roadside testing have come into effect in Scotland today (21 October) as the Government gets tough on drug driving. 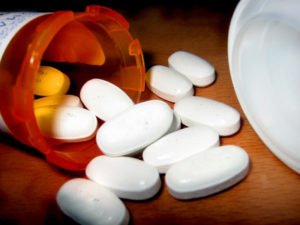 The changes – which bring Scotland in line with Wales and England – bring a zero-tolerance approach to eight drugs most associated with illegal use, including cannabis, heroin and cocaine, with limits set at a level where any claims of accidental exposure can be ruled out.

Meanwhile, a list of other drugs associated with medical use have limits based on impairment and risk to road safety.

Drivers can now be tested by the side of the road using mouth swabs, making it easier to hold drug drivers to account as there will no longer be a requirement to prove that someone was driving in an impaired manner. Previously, when police have suspected drug driving, they have had to carry out the roadside field impairment test. If the individual failed the test this provided sufficient evidence to arrest and take the driver to a police station for further tests but a doctor had to certify that the person was, in their opinion, impaired to the extent that they are unfit to drive.

Drivers found over the drug driving limits can be arrested on the spot. The new offence of driving while above specified drug limits operates alongside the current offence and carries the same maximum penalties.

Justice Secretary Humza Yousaf said: “Drug driving is completely unacceptable, and we will continue to use all of the tools at our disposal to prevent the avoidable deaths and damage caused by those who drive under the influence of drugs.

“Together with our stringent drink-driving limits, these new laws will ensure that Scotland has the UK’s most robust laws against impaired and unsafe driving.”

Previous: London ULEZ cuts NO2 pollution by a third
Next: Today in Fleet – Monday 21 October