London ULEZ cuts NO2 pollution by a third

London’s Ultra Low Emission Zone has cut roadside nitrogen dioxide (NO2) pollution by over a third – with no increase in pollution around the ULEZ boundary. 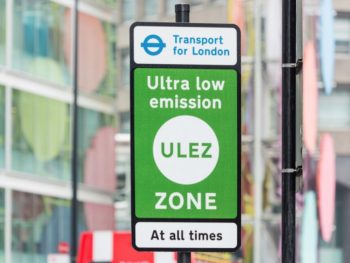 Published six months after the ULEZ launched, new figures from the Greater London Authority show a 36% fall in NO2 pollution from February 2017 to September 2019 –when the Mayor publicly confirmed the T-Charge, the predecessor to the ULEZ – while the data also shows that the Ultra Low Emission Zone reduced NO2 pollution by 29% during a three-month period, compared to a scenario where no ULEZ was in place. Meanwhile, none of the air quality monitoring sites located on ULEZ boundary roads have measured an increase in NO2 pollution levels since the scheme was introduced in April 2019.

The figures also show the scheme is having a bearing on carbon dioxide emissions. After six months in operation, CO2 emissions from road transport in the central zone are 4% (9,800 tonnes) lower.

And the zone has reduced the number of polluting cars by 13,500 every day compared to February 2017 when people started to prepare for the schemes. This equates to a fall of 38%. A total of 77% of vehicles in the zone now meet the clean emissions standards, compared to 39% in February 2017 and 61% in March 2019; the month before the ULEZ itself was launched.

Traffic itself is also down, with a reduction in traffic flows in central London in May and September 2019 of between 3 and 9% when compared to 2018. This indicates that not only are driver switching to cleaner vehicles but some are actually switching away from vehicles altogether, turning instead to walking, cycling or using public transport.

The Greater London Authority research has been published as new research by King’s College shows a spike in the number of children and adults being rushed to hospital for emergency treatment on days of high pollution in cities across England.

Andrea Lee, clean air campaigns and policy manager at ClientEarth, said: “King’s new research is a stark reminder of the impacts that air pollution has on people’s health across the country. Our air is filthy and Clean Air Zones are the most effective way to clean it up in the shortest possible time.”

Commenting on the ULEZ figures, Lee added: “These results are very encouraging and prove that we don’t have to accept dirty air solely because we live in towns and cities. National and local government have to work together to urgently create a national network of Clean Air Zones, like the Ultra Low Emission Zone in London, with help and support for people and businesses to move on to cleaner forms of transport.”