Following reformation of the tax treatment of salary sacrifice schemes, HMRC has confirmed how legislation should be applied. Natalie Middleton looks at what’s happened. 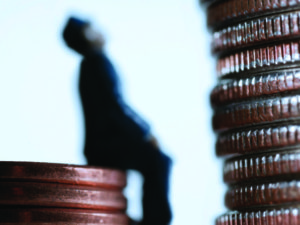 Salary sacrifice – already a well-known concept in areas such as pensions and childcare – has been a buzzword in the fleet industry for quite a few years now, offering businesses an effective means of providing employees with the benefit of a company car whilst proving cost-effective for both the employer and employee.

But for the last couple of years the government has expressed its concerns with salary sacrifice schemes in general after the mechanism became applied to white goods, mobile phones and even wine. And in last year’s Autumn Statement, following a consultation, newly appointed chancellor Philip Hammond announced that the government would levy a new tax treatment on salary sacrifice schemes in a move “to promote fairness and broaden the tax base”.

How has salary sacrifice historically worked?

The basic mechanism of salary sacrifice is quite simplistic, with an employee giving up the right to part of their gross salary and receiving a non cash-type benefit instead.

It gets a little more complicated when it comes to salary sacrifice for cars; the employee saves tax and National Insurance Contributions (NICs) but has to pay Benefit-in-Kind tax under the normal rules for company cars. This means that for the scheme to operate cost-effectively for employees, their tax and NI savings must exceed the cost of the BIK that they’re paying. Therefore such schemes typically work best when combined with vehicles with a minimal BIK – i.e. lower emission vehicles – to maximise the savings.

However, salary sacrifice schemes on cars don’t just offer employees benefits in terms of cost savings but, as with conventional company cars, they also take the hassle out of everyday motoring. Many schemes provide cars that are fully maintained and insured, and also covered for road tax, tyres, windscreens and even breakdown recovery – in essence, all the benefits of many company cars. And as such, salary sacrifice schemes have predominantly been used to provide cars for employees who would not otherwise be entitled to a company car, with a lot of take-up from basic rate taxpayers.

But it’s just not just employees who have been able to benefit from such schemes; employers can also gain from offering a valuable benefit to staff at no cost to themselves or even – if structured right – with a saving in the form of a reduction in employer’s National Insurance. Although under salary sacrifice schemes, the employer still needs to pay Class 1A NICs on the car benefit, they don’t need to pay NI on the salary that is sacrificed. If the scheme is structured correctly, this generates a saving if the Class 1A NIC paid on the company car is less than the NI that would have been paid on the salary.

In the Autumn Statement, the Chancellor announced from April 2017, most salary sacrifice schemes would be subject to the same taxation as cash income, with the exceptions of ultra low emission vehicles (later confirmed as vehicles with CO2 emissions of 75g/km and under) along with pensions, pensions advice and cycle to work schemes. However, cars not designated as ultra low emissions vehicles would be hit by the changes from April 2017, with existing arrangements in place before this date protected until 2021.

These changes were further outlined in the draft Finance Bill published on 20 March, which set out how under the new rules, the taxable value of a benefit under a salary sacrifice arrangement will now be the current value of the benefit or the cash forgone, whichever is greater.

Describing such arrangements as ‘optional remuneration arrangements’ (OpRAs), the draft bill confirmed that if an employee choses to take a benefit instead of an amount of salary, they will be taxed on the greater of the salary given up and the taxable value of the Benefit-in-Kind. It also dropped a bit of a bombshell on the industry by confirming that the new arrangements would also apply to cash or car schemes, with it later turning out that Employee Car Ownership Schemes (ECOS) would also be affected.

Since the draft Finance Bill was published, many in the fleet industry have been left reeling from the news that both cash or car schemes and ECOS would be hit.

But it also seems there’s been some confusion over how the new tax treatment would work, with some in the industry having interpreted that the salary foregone for the car would be classed as the total sacrifice for the car and associated benefits.

However, Ernst and Young and Tusker say that the draft legislation made it clear that the amount sacrificed should be the amount sacrificed for the car itself and any amounts for other services, such as maintenance, should not be included in the calculation – and the two firms have now secured confirmation from HMRC that this is the correct interpretation of the legislation, ensuring that where other benefits are provided in relation to the vehicle there is no additional tax charge as these “payments and benefits” are exempt benefits, as with the previously mentioned pensions, childcare vouchers and cycle to work schemes. This saves on tax costs for drivers and Class 1A NICs for fleets.

Speaking to Fleet World, an HMRC spokesperson said: “HMRC has confirmed that the salary foregone is only in relation to the provision of the car, and not the associated exempt Benefits in Kind, helping to eliminate some abuses in the system, and making it fairer for everyone.”

According to Tusker CEO David Hosking, this interpretation ensures that the government’s work to cut down on schemes abusing the salary sacrifice mechanism, for example on wine, remains intact while helping to preserve the benefits of salary sacrifice schemes.

He commented: “Tusker strongly supports the Government’s initiative as it means that all company cars are taxed appropriately and the charge for the additional benefits and services does not apply to these company cars. As a result, salary sacrifice car schemes are as attractive as they have always been.” 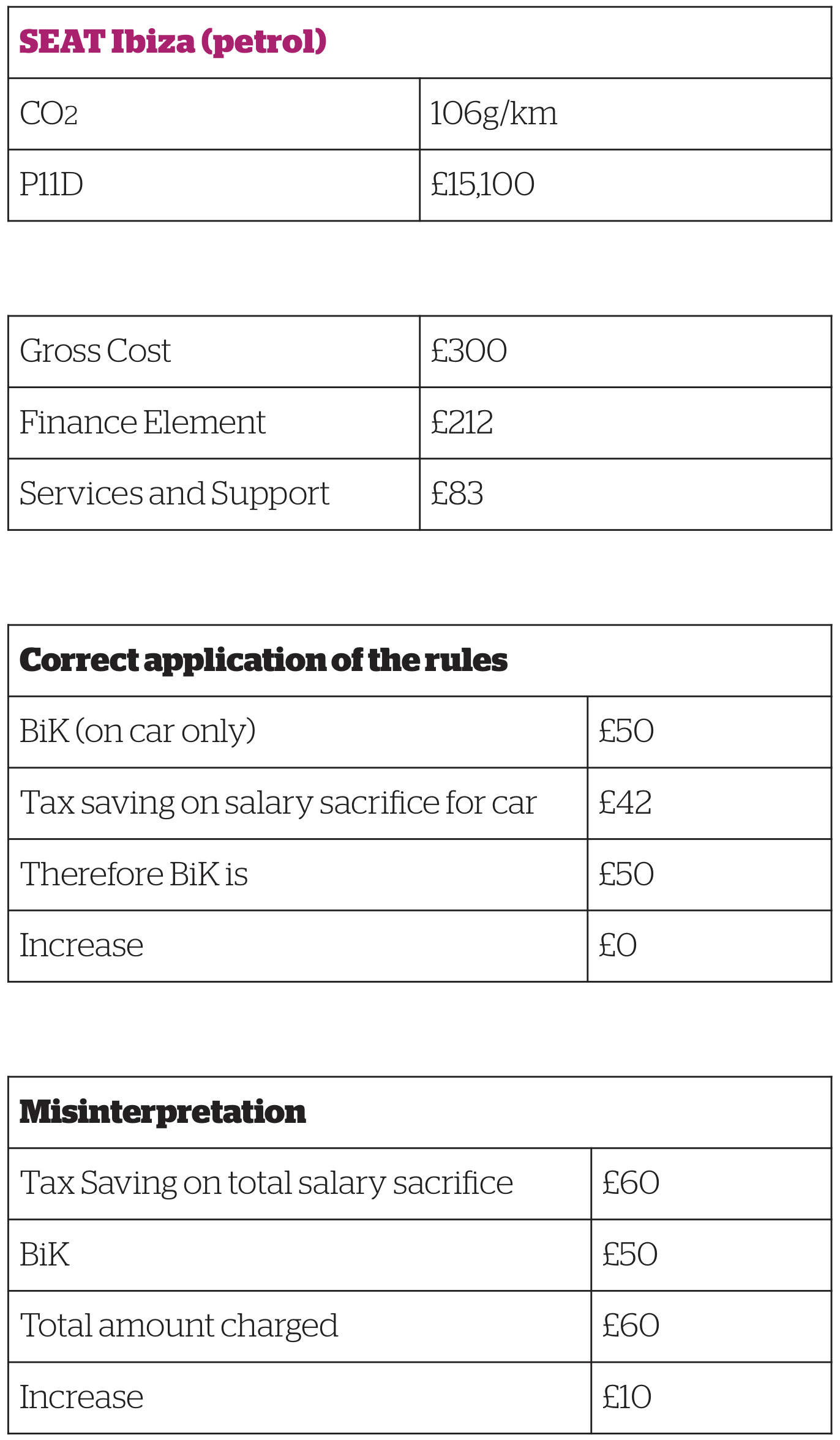