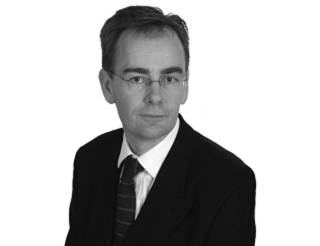 The way dealers sell cars and service customers has changed in recent years. Whether they planned to change their ways or had change thrust upon them is immaterial – the bottom line is that customers, as across any retailing discipline, are now empowered as never before. Or, as former Marks & Spencer boss, Stuart Rose put it: ‘The customer is no longer king, but master of the universe.’

These days businesses that sell vehicles and their carmaker partners try not to use the term “dealer” as they recognise it's a tad dated and carries baggage, mostly negative. The preferred term is “retailer” with many recognising that best practices from the likes of M&S, Apple Store and John Lewis are transferable to the business of selling cars. Also, crucially, social media has empowered customers, turning them into critics or advocates. Indeed, most dealers will quietly admit to horror stories about a breakdown in customer care being posted on Twitter or Facebook from their WiFi enabled reception areas.

So what does this all mean for SMEs dependent on local dealers to supply and maintain their company cars?

While many are already benefitting from improved levels of customer service, they should also, by now, have sensed a change in the way car finance is sold to them and their user-choosers. If you have not already experienced this change, you will.

The changes have been prompted by a new regulator, the Government-backed Financial Conduct Authority (FCA), charged with cleaning up the way finance is sold across all commercial sectors in the wake of the economic collapse where the banking sector’s creative way of funding loans turned toxic. The FCA replaced the Financial Services Authority last year and unlike its predecessor has teeth, as witnessed by its swoop on Wonga, a move that saw the pay day loan lender publicly chastised and ordered to repay £2.6m in compensation to customers whose ability to repay was not adequately assessed.

This affordability issue is central to the FCA’s raison d'être and all dealers selling finance with cars must address this with all customers, including user-choosers cashing in allowances, especially those opting for one of the plethora of low and zero interest Personal Contract Purchase (PCP) packages which have fundamentally changed the way we buy cars, or, to be more precise, fund their usage.

These user-choosers will now be obliged to prove their annual income and show how they will meet their monthly repayments, a move which could see some drivers scaling back on the motor of their dreams for something more affordable.

Other changes will see the removal of commission for sales staff and greater transparency of the rates being charged. The FCA has even come up with a term for all of this: TCF, or Treating Customers Fairly.

In fairness the car sector has actually behaved better than most in selling finance in a responsible way and for many dealers the FCA's rules will not come as much of an extra burden. Last year, around two million new and used cars were sold by dealers with finance, a record number reflecting a trend that started during the downturn when buyers struggled to get high street banks to lend them money to buy a car. Consumers like the convenience of buying finance with their cars, although under the FCA regime dealers will have to advise them that finance can be bought elsewhere.

The new regulations will be phased in early this year although dealers wishing to sell finance were required some months ago to apply for interim permission to continue selling under the new regime. The rigorous standards already set by the bigger dealer groups means that many will already exceed the FCA's compliance requirements, although smaller local operators have also grasped the significance of the changes and will currently be working on their compliance.

As for the carmakers, BMW and Mini are among the early adopters. From 1 January BMW Group Financial Services launched an FCA friendly programme, featuring a standardised national offering across the two brands with a 10.9% interest cap on all finance deals, across all its 147 outlets.

‘The world of retail is constantly evolving, with customers having better access to information, be it online or through peer channels, before they even enter a BMW or Mini centre,’ said Spencer Halil, general manager of group brands at BMW Group Financial Services.

‘As a result, it is important that we tailor our business to suit our customers’ needs so that our retailer network can continue to deliver a fair and transparent service, while focusing on long-term loyalty and retention. This is why we’re implementing a common finance package across our whole network, bringing add-on fees down to virtually nothing and introducing a performance bonus for retailers based on delivering excellent customer outcomes.’

‘As an industry, we have two choices; to bury our heads in the sand and watch as customers make an informed choice to go elsewhere, or to adapt and thrive by focusing on transparency, consistency and fairness.’

Expect similar announcements from other carmakers over the coming weeks and months, which can only be good news for you and your drivers.

Previous: Simon Oldfield to move to Vauxhall as sales and marketing director
Next: One in five car occupants still not wearing a seat belt