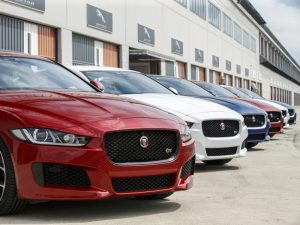 Demand for alternatively fuelled vehicles remained strong with 24.7% more registrations compared with the same month in 2015.

In response, IHS Automotive highlighted that July was the first full month after the country voted to leave the EU. It added that appears to have been little impact from this as yet, particularly as IHS Automotive already anticipated growth slowing in the second half of the year after a record-breaking performance in recent times and two fewer working days, but said Brexit will become a growing factor in the market place in the coming months.

Ian Fletcher, principal analyst, IHS Markit, added: “Although we still expect the full year to record a gain of around 1% y/y, setting another record in the market, we now expect steeper declines in 2017 and 2018.”

Following the SMMT’s recent comments on the need for the UK to retain access to the single market, Mike Hawes, SMMT chief executive, said: “After a healthy start to 2016 and record registrations in 2015 the market is showing signs of cooling. The automotive market is a vital part of the British economy and it’s important government delivers the economic conditions which instil business and consumer confidence. With low interest rates, attractive finance options and exciting new models coming to the showrooms, the market still has lots to offer customers.”