Action needed on drink-driving as number of casualties plateaus

New government statistics show the number of fatalities caused by drink-drivers has plateaued, leading to new calls for a reduced legal alcohol limit. 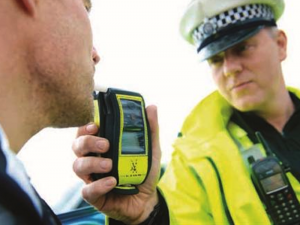 The final estimates published by the Department for Transport for 2014 show that 240 people were killed in accidents in Great Britain where at least one driver was over the drink drive limit. This is unchanged from 2013.

RAC road safety spokesman Pete Williams said: “A 3% reduction in seriously injured casualties from drink-drive accidents is a significant and positive move in the right direction, but the number of fatalities from these accidents has remained stubbornly static between 2010 and 2014.

“We need as a society to break through this plateau and once again consistently reduce needless, alcohol-related road deaths in the coming years. That means both renewed efforts from law enforcement and changes in attitudes from individual motorists who are prepared to break the law in this way, as well as their families and friends who may be able to prevent them getting behind the wheel.

“We are concerned that the acknowledged reduction in the number of roads policing officers in England and Wales may have an adverse impact on the effectiveness of drink-drive law enforcement.

“Despite this, further consideration should also be given to adopting the new reduced Scottish legal alcohol limit for driving in the rest of the UK.

“There is also no question that we would benefit as a society from a high-profile anti-drink-drive public awareness campaign, the likes of which have proved successful in the past in helping to change this kind of behaviour on a long-term basis.”

He added: “A separate issue that is becoming increasingly evident is the vulnerability of the entire casualty reporting system to lack of prioritisation by some police forces. The Home Office needs to make clear that accurate and timely reporting is essential.”