Groupe Renault is to launch a new smart charging app under partnership with Dutch start-up Jedlix. 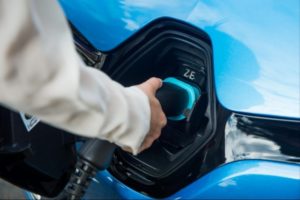 The carmaker is to acquire a 25% stake in the firm, which was launched by Eneco Group and specialises in the smart charging of electric vehicles.

The announcement comes a day after Renault revealed that it has created a new Energy Services subsidiary to spearhead developments in smart charging, vehicle-to-grid interaction and second-life batteries.

The partnership with Jedlix will look to develop new services to render EV charging more affordable – this includes the newly launched Z.E. Smart Charge smartphone app, which optimises the management of vehicle charges, enabling users to benefit where from renewable energy and the lowest prices while also receiving a monthly financial reward for using the app, which could equate to a complete charge.

The app – suitable for both iOS or Android – will launch in the Netherlands before the end of the year before being rolled out in other European countries in 2018.For more of the latest industry news, click here.