By Martyn Collins / 1 year ago / Latest News / No Comments

This month’s launch of the updated Mini Clubman is expected to attract enhanced corporate interest despite the corporate special City model having been axed. 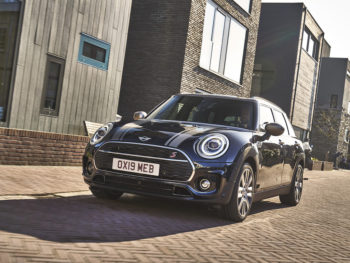 Revealed earlier this year at Auto Shanghai 2019, the updated LCI (BMW speak for facelifted) Clubman models bring revised styling and options – see road test here – but have dropped the fleet-focused City models. Launched last year to try to gain traction with corporates, the City models were different from the Cooper, with a slightly lower spec and price point.

It may seem a retrograde move for a model that’s proved popular with business drivers but it comes after the company observed poor demand for the Clubman City with fleets, which instead still opted for the more expensive Cooper models, due in part to its better residual values.

Speaking to Fleet World at the launch of the updated LCI Clubman models, product manager Chris Himsworth explained: “So we trialled Clubman City last year, just to test the waters within corporate, and I think the feeling was that the current product offer that we had was already sufficient.

“In the end, actually, the majority of  customers were still buying a Cooper rather than a Clubman City. That’s partly due to the terms that were put in the car to get it into the corporate channel. Clubman is already strong enough.”

This is being furthered by the latest LCI updates, which advance the Clubman in terms of standard equipment and are expected to enhance appeal more to the corporate and fleet market than before.

Himsworth continued: “Standard equipment, now including LED lights and navigation for example, is what corporate/fleet customers are always looking for. We’ve now got Classic, Sports and Exclusive trims as well.

“Although primarily, I’d say, more of the Classic go through corporate and fleet rather than Sport or Exclusive trims – depending on which customers we’re talking about.”

Himsworth added that corporate interest is increasingly moving to Cooper petrols as well as the Cooper D diesel as a result of taxation changes. He continued: “Historically, it would have been the Cooper D and the Cooper SD. However, there has been a switch after WLTP, into more petrol variants now. That’s why, we need to ensure Cooper, in terms of emissions remains competitive.”