Government air quality plans need to take a more targeted approach to identifying and penalising the worst polluters rather than focusing on diesel cars alone. 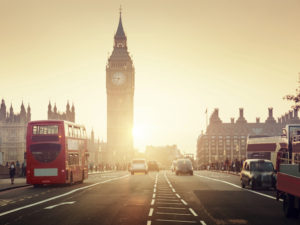 So says the AA as concerns mount that Government air quality plans may target diesel cars.

Under current Defra plans for Clean Air Zones, vans, HGVs, buses and taxis would face restrictions in a number of cities but according to reports, diesel cars could also face restrictions as the Government rethinks its strategy.

In response, the AA has said that punishing diesel cars alone is not the answer.

Edmund King, AA president, said: “Previous studies have shown that the worst 10% of gross polluters contribute more than 50% of the pollution problem so these vehicles should be targeted and taken off the roads. Often these are larger, older and poorly serviced vehicles. A targeted scrappage scheme could help speed things up but private drivers in urban areas are already switching to greener, cleaner vehicles.

“It is ironic that diesel car ownership was encouraged as a way to reduce CO2 emissions and reduce global warming. Car owners embraced the fuel because of the green message and the fuel cost savings,” King continued.

“Since then, diesel’s poor PR image and better fuel economy with petrol cars has seen new car sales market rebalance in favour of petrol. To date this year, 1.056 million petrol cars have been sold in the UK compared to 1.025 million diesel cars (SMMT). More significantly, the number of alternative fuel vehicles sold in the UK has risen to 69,962 so far this year, up from 56,281 at the same stage last year. In short, car owners are already diversifying their choice of vehicle.

King added: “Diesel cars are the easy target in the inner-city toxic emissions blame game. The reality is that, in London, diesel car usage among AA members living there is much lower than in other parts of the country. In April, a Populus survey of 21,850 AA members, including 1,533 in London, found that, across the UK, 41% relied on diesel as their main car. In London, that tumbled to 28%.

“The fact of the matter is that inner city regeneration and the development of brownfield sites has boosted urban populations. Greater London Authority figures show the inner London population is projected to grow from 3.248 million in 2011 to 3.495 million in 2016, reaching 3.890 million in 2026. These communities have to be serviced somehow, mainly by road: goods and services have to be delivered, the rubbish has to be taken out, public transport has to allow the new workers to be mobile.

“Targeting privately-owned diesel cars is unlikely to have the impact the advocates of restrictions on them expect.”

The AA also highlighted that within central London, road transport is responsible for 48% of NOx emissions. Of that buses and coaches contribute 21%, HGVs 7% and diesel cars 5%.