One in seven employees commuting for over two hours a day

The number of employees commuting for two hours or more a day has risen by nearly a third (31%) over the past five years, new research finds. 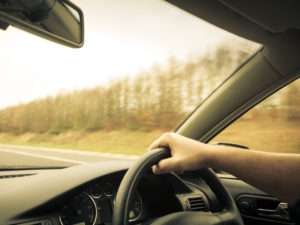 Finance and insurance staff (29.3%) are most likely to commute for two hours or more, followed by Mining and quarrying workers (28.9%) and information and communication workers (25.5%)

Men still account for the majority (61%) of those who make work journeys of two hours or more. However, women (+35%) have experienced a sharper rise in long commuting since 2010 than men (+29%).

The TUC says the growth in long commutes in sectors like education (+46%) and health and social care (+26%), where high numbers of women work, may explain this rise.

Workers in Northern Ireland saw the biggest rise in long commuting, followed by the South East and the West Midlands.

The TUC said the rise in travelling times may be the result of stagnant wages combined with soaring rents and high house prices leaving many workers unable to move to areas closer to their jobs. It also pointed to a lack of investment in roads and railways increasing journey times.

TUC general secretary Frances O’Grady said: “Employers cannot turn a blind eye to this problem. More home and flexible-working would allow people to cut their commutes and save money.

“But if we are to reduce the pain of traffic jams and train delays, ministers need to invest more in public transport and our roads.”