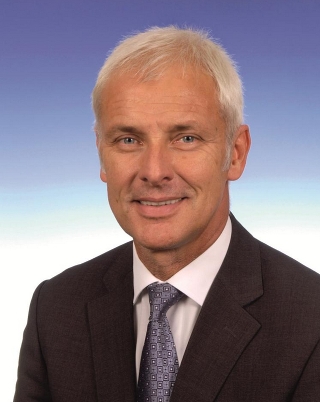 Matthias Müller – who remains chairman of Porsche until a successor is found – said: “My most urgent task is to win back trust for the Volkswagen Group – by leaving no stone unturned and with maximum transparency, as well as drawing the right conclusions from the current situation. Under my leadership, Volkswagen will do everything it can to develop and implement the most stringent compliance and governance standards in our industry. If we manage to achieve that then the Volkswagen Group with its innovative strength, its strong brands and above all its competent and highly motivated team has the opportunity to emerge from this crisis stronger than before.”

In addition the board approved a new management structure for the group and the brands as well as for North America.

In the latter region, the markets in the USA, Mexico, and Canada will be combined and significantly strengthened to form a new North America region. Effective November 1, the group’s activities in the region will be led by Winfried Vahland, formerly chairman of the Skoda. Michael Horn remains resident and CEO of Volkswagen Group of America and will report to Mr Vahland.

The interim Chairman of the Supervisory Board, Berthold Huber, commented: “The new structure strengthens the brands and regions, gives the Group Board of Management the necessary leeway for strategy and steering within the company, and lays a focus on the targeted development of future-oriented fields.”

“As previously announced, all new Volkswagen Passenger Car brand vehicles that fulfil the EU6 norm valid throughout Europe are not affected. This therefore also includes the current Golf, Passat and Touran models.”