Volkswagen Group UK has appointed Martin Barrow-Starkey as head of group fleet services, effective 1 March, replacing Patrick McGillycuddy who moved to a new role at the start of February. 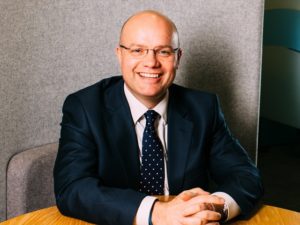 Barrow-Starkey takes the position having joined the Group in 2011, previously serving as head of parts operations and head of sales operations at Skoda. Most recently, he headed the Volkswagen Group Retailer Learning Services team for the last two years, where he is said to have delivered record numbers of apprentices and qualified staff.

Reporting to Alistair Shields, group commercial services director, his new role will include ongoing development of Group Fleet, including bolstering the brand-specific fleet teams and rolling out the new demonstrator programmes and Business Centre Contracts.

Shields said: “I’m looking forward to seeing the successful development of this key element of our UK operations.”