Ford has named Neil Wilson as its new fleet director for Britain and Ireland. 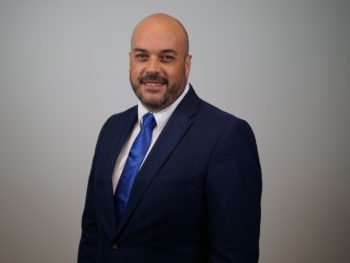 Wilson replaces Owen Gregory, who took on the fleet role in 2016 and has now moved to become director, commercial vehicles in the Ford Customer Service Division (FCSD) at Ford of Europe.

Wilson moves from his previous role as manager, UK dealer and consumer marketing, and brings some 20 years’ experience at the carmaker. He started his career off at Ford in  Manufacturing, Planning and Logistics at Dagenham before moving to sales and marketing in 2002. Previous roles have also seen him work on dealer zone and district management, fleet marketing, consumer marketing and sales planning across both Ford of Britain and Ford of Europe.

Andy Barratt, managing director, Ford of Britain, said: “Neil brings a wealth of experience to this role, as well as a fresh new perspective thanks to his in-depth knowledge of the Ford dealer network. As the industry faces new challenges and Ford moves in to the rapidly developing world of EVs, Neil’s strategic expertise will be an invaluable asset as he builds on the solid foundations provided by Owen.”

Wilson becomes fleet director as the carmaker presses ahead with plans that will see every new Ford passenger vehicle nameplate in Europe include an electrified option – mild hybrid, full hybrid, plug-in hybrid or full battery electric – such as the Kuga PHEV.

As announced this summer, Ford will also launch a Volkswagen-based electric car in 2023 under the firms’ expanded alliance. Other forthcoming all-electric models include an all-new, Mustang-inspired performance SUV with an anticipated WLTP range of 370 miles and due late 2020, followed by an all-electric Transit in 2021.

As well as expanding in EVs, Ford’s major plans to transform its European business will also bring an increased SUV presence; 2020 will see the revival of the Puma nameplate for a crossover that slots between the EcoSport and the Kuga.

Commenting on his new role, Neil Wilson added: “I look forward to the new challenges of the fleet director role and introducing strong new products such as Puma and Kuga PHEV to our fleet. I am confident that our diverse range of CVs will continue to keep the businesses of Britain moving as we progress towards electrification and demonstrate our commitment to the future of mobility.”

Previous: A third of UK auto firms already shedding jobs for ‘no deal’ Brexit
Next: An electric future for UK fleets