Ford and Volkswagen are to invest billions in advancing electric and self-driving car developments under an enhanced global collaboration. 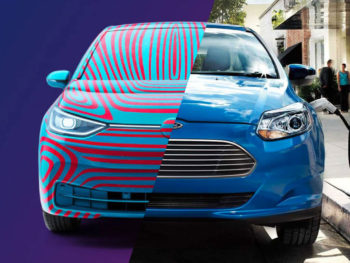 Announced today at a press conference, the deal will see Volkswagen join Ford in investing in autonomous vehicle platform company Argo AI while the two firms have also signed a deal for Ford to use VW’s electric vehicle architecture and Modular Electric Toolkit (MEB) as the basis for a mass-market fully electric vehicle for Europe. This will be developed at Ford’s Köln-Merkenich facility in Germany and start production at an as-yet-unnamed European production plant starting in 2023, while discussions are also underway for the platform’s use on a second Ford EV.

The expansion of the firms’ alliance, which was first announced last summer and has launched first with van and pickup agreements, is expected to bring cost saving for both firms while also enabling them to compete with autonomous vehicle (AV) firms such as Waymo and Uber. In the conference, Ford president and CEO Jim Hackett said: “There are only going to be a few winners who will create the leading platforms of the future. We cannot afford to be late.”

However, as announced last year, the tie-up will not involve cross-ownership between the two companies.

In today’s press conference – also chaired by Volkswagen CEO Dr Herbert Diess and Argo AI CEO Bryan Salesky alongside Ford’s Jim Hackett – the carmakers set out that Volkswagen will become an equal shareholder in Argo AI some two years after ford announced investment in the firm.

The transaction – which closes in the first half of 2020 subject to clearance by the regulatory bodies – will mean the firms have a “substantial majority”, with Volkswagen to invest £2.08bn ($2.6bn) in Argo AI by committing £0.8bn ($1bn) in funding and contributing its £1.28bn ($1.6bn) Autonomous Intelligent Driving (AID) company, while also purchasing Argo AI shares from Ford for £399m ($500m) over three years. Ford will invest the remaining £479m ($600m) of its £0.8bn ($1bn) cash commitment in Argo AI, as announced two years ago. Based in Munich, Germany, AID will become Argo AI´s new European headquarters and will be led by AID’s current CEO Karlheinz Wurm.

The tie-up will allow both carmakers to independently integrate Argo AI’s self-driving system (SDS) – said to be the first with commercial deployment plans for Europe and the US – into their own vehicles while developing “unique experiences for customers” with their vehicles; the carmakers will remain competitors here.

“While Ford and Volkswagen remain independent and fiercely competitive in the marketplace, teaming up and working with Argo AI on this important technology allows us to deliver unmatched capability, scale and geographic reach,” Ford CEO Jim Hackett said. “Unlocking the synergies across a range of areas allows us to showcase the power of our global alliance in this era of smart vehicles for a smart world.”

Ford will also become the first carmaker outside of the Volkswagen Group to use Volkswagen’s dedicated electric vehicle architecture and MEB. Ford expects to deliver more than 600,000 European vehicles using the MEB architecture over six years and Volkswagen will supply MEB parts and components as part of the collaboration.

The agreement supports Ford’s existing EV plans for Europe announced a year ago which will see it significantly increase its planned investments in electric vehicles to £8.7bn ($11bn) by 2022 and have 40 hybrid and fully electric vehicles in its model line-up by this date. Over the next five years, Ford will introduce 4 new nameplates including a Mustang-inspired crossover due in 2020 and a zero-emissions version of the F-150 pickup.

Hackett said: “Today’s announcement only accelerates this plan. The winner is going to be the customers.”

The tie-up with Volkswagen will also run alongside Ford’s $500m (£387m / €448m) investment announced earlier this year in US electric vehicle start-up Rivian in a deal that will also see the two firms work together to develop a new Ford EV.

“Looking ahead, even more customers and the environment will benefit from Volkswagen’s industry-leading EV architecture. Our global alliance is beginning to demonstrate even greater promise, and we are continuing to look at other areas on which we might collaborate,” Volkswagen’s Herbert Diess said. “Scaling our MEB drives down development costs for zero-emissions vehicles, allowing for a broader and faster global adoption of electric vehicles. This improves the positions of both companies through greater capital efficiency, further growth and improved competitiveness.”

Both companies also will continue to target additional areas where they can work together on electric vehicles – a key strategic priority for both companies as they drive to accelerate the transition to sustainable and affordable mobility.

The carmakers added that they remain on track in their previously announced plan to collaborate in commercial vans and medium pickups in key global markets.

The deal will first deliver medium pickup trucks for customers in Europe, Africa, the Middle East, Asia Pacific and South America, aiming to start in 2022 with Ford to engineer and build them. This will be followed by larger commercial vans in Europe, which Ford will engineer and build for both companies, while Volkswagen intends to develop and build a city van for sale in Europe and other global markets.