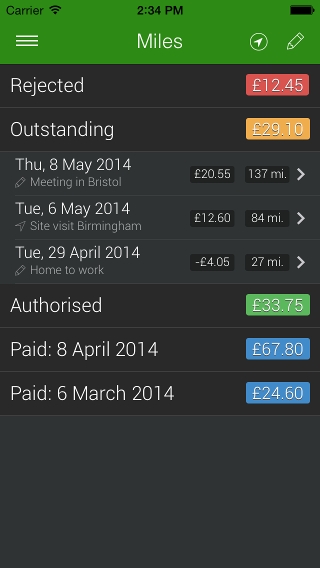 Ipsa found that Blackman had boosted mileage by up to five times the actual distance travelled – which would be impossible when using the Company Mileage Logger, says DCML.

Vince Powell, MD of the company, said: ‘This sort of thing goes on in businesses up and down Britain, but we stepped in on this occasion because MPs and Lords must be whiter than white when it comes to expenses.

‘We wanted to do our bit to minimise any room for dishonesty and we want to make life easier for individuals who represent us while reducing the burden on IPSA itself.’

The app records car journeys using GPS and emails an accurate route and mileage summary via its “export” function.

Available to anybody with an iPhone, iPad or Android devises who uses their car for business trips, a free, 10-journey trial version can be downloaded from https://itunes.apple.com/ or Google Play. Users can then upgrade to the unlimited version for £2.29. MPs and Lords, however, will be reimbursed for the full cost of the app by DCML.