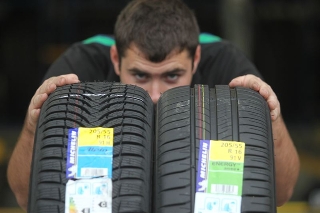 In the Summer Budget, Chancellor George Osborne said: “We will consult on extending the deadline for new cars and motorbikes to have their first MOT test from three years to four years, which would save motorists over £100m a year.”

In response, TyreSafe has highlighted its recent survey of 102,000 tyres, which revealed more than a quarter of all drivers had an illegal tyre on their vehicle, at the time they were replaced. This could suggest that nearly 10 million tyres on the roads of England, Scotland and Wales could be dangerous and illegal in 2015. That figure equates to potentially up to one in every four cars and LCVs of the 35.3 million vehicles on Britain’s roads having an illegal tyre at some time during the year.

TyreSafe added that latest DfT figures show around 2.2 million vehicles fail their MOT every year as a result of tyre defects.

TyreSafe chairman Stuart Jackson said: “In recent years there have been various proposals on changing the timing and regularity of the MOT test which have all been rejected on the grounds of their negative impact on road safety. While cars and motorbikes are more reliable than ever before, there are safety critical components which require regular maintenance and replacement. Evidence shows millions of Britain’s motorists do not check or maintain these parts, and only replace them when required to do so in order to pass the MOT.

“TyreSafe has been campaigning to change this behavioural attitude but our research shows just how much more work there is to do before Britain’s motorists understand the importance of routinely checking their tyres and replacing them before they become unsafe. At present the evidence strongly indicates any extension of the interval between MOT tests or the deadline for the first will result in more defective and dangerous tyres and vehicles on our roads. TyreSafe’s tread depth survey has already indicated nearly 10 million illegal tyres will be on Britain’s roads in 2015 – we need that number to drop not rise if we are to reduce the number of tyre-related incidents.

“TyreSafe urges the government to consult closely with road safety organisations before making a final decision on extending the MOT deadline for new cars and motorbikes,” concluded Jackson.