By Natalie Middleton / 4 years ago / Latest News / No Comments
MEPs have voted to overhaul EU rules on car approvals to strengthen environmental and safety testing and help prevent emissions scandals from taking place in the future. 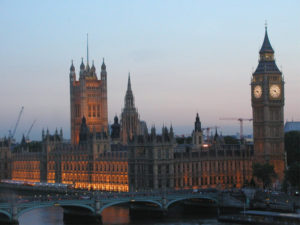 Internal Market Committee MEPs amended EU car ‘type approval’ rules, agreeing that results of national periodic reviews of type-approval and surveillance activities will have to be made public while also stepping up market surveillance across the EU

MEPs also proposed that car manufacturers who are in breach of the rules, e.g. for falsifying test results, risk administrative fines of up to €30,000 per vehicle, with the fines to be used to support market surveillance, benefit affected consumers and, if appropriate, for environmental protection.
MEP Daniel Dalton, who is steering this legislation through Parliament, said: “With today’s vote the Internal Market Committee has sent a clear signal to national governments and consumers that it is about time we addressed the weaknesses that allowed the emissions scandal to take place. We agreed that the key to rebuilding consumer trust in the motor vehicle approval system is more rigorous and systematic oversight at every stage.”
Julia Poliscanova, clean vehicles manager at sustainable transport group T&E, said: “We have seen with Volkswagen and, more recently Fiat, what happens when national authorities turn a blind eye to the illegal activities of their domestic carmakers allowing dirty diesels to be sold across Europe. Today’s vote is an important step to restoring the EU’s car testing credibility and ensuring environmental rules are met, not ignored.”
The European Parliament is now expected to vote on its final position on type approval reform at its plenary meeting in April including whether to support an EU market surveillance agency.
For more of the latest industry news, click here.