Drivers are being urged to take action to protect their vehicles as police warn of a rise in keyless car theft. 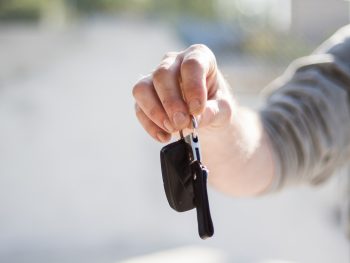 Provisional figures from the National Police Chiefs’ Council show a 3.1% increase between May 2021 and June 2021 in vehicle crime.

And the bulk of this increase is from keyless theft, as organised crime gangs cash in on immobilisers and keyless entry technology installed in today’s cars via so-called ‘relay’ attack theft. This sees them use relay technology to receive the signal from a key inside a house and transfer it to a portable device, allowing them to unlock and drive the car.

Jenny Sims, National Police Chiefs’ Council lead for vehicle crime, assistant chief constable, said: “Car theft is a serious crime that causes significant distress and upset to owners and police are putting considerable resources into tackling it and bringing those responsible to justice.

“Whilst the rapid development of technology has dramatically improved the experience of drivers it has also allowed criminals to exploit weaknesses in electronic security.”

The AA also said that relay attacks are now the preferred way to steal a car as they are quick and quiet.

Jack Cousens, head of roads policy for the AA, commented: “The days of ‘smash and grab’ are over and have been replaced with ‘bounce and roll’ as thieves now bounce the signal off the keys in the house onto the car and roll away with the goods.

“As fast as manufacturers try to develop ways to strengthen vehicle security, thieves will work just as hard to beat them.”

While the NPCC said it’s working closely with car manufacturers to help them ‘design out’ crime by sharing intelligence and equipment seized from criminals – and that it’s made a series of major arrests of car theft gangs over the last month – it also recommended drivers take action to protect their vehicles.

“I would urge drivers to take simple steps to keep their vehicle safe like storing your keys in metal tins or protective pouches that block the devices criminals are using. A return to basics like making sure your car is locked is worthwhile too. We know from research that some owners think that cars automatically lock – they don’t. Always double-check before you walk away that it’s locked,” continued Jenny Sims.

“The best way to protect cars with keyless entry is to keep keys away from the front door and to buy a faraday pouch. For less than a tenner, this stops the signal being broadcast and will keep the car where it’s parked. Drivers should remember to buy two pouches – one for main key and one for the spare,” recommended Jack Cousens.

Previous: World-first windscreen breakage detection device to launch with help of Munic AI
Next: Tesla to open Supercharger network to all EVs later this year