Jaguar Land Rover has confirmed it is to cut hundreds of jobs at its Halewood plant in Merseyside as a result of its long-term cost-cutting programme. 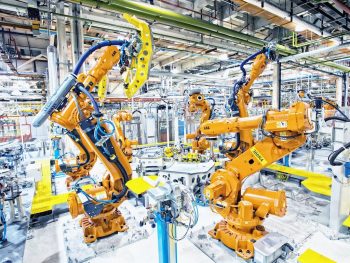 Around 500 jobs will go at JLR’s Halewood plant

The plant – home to the Range Rover Evoque and Land Rover Discovery Sport – employs around 4,000 workers, of which around 500 will face job losses under the move from a three shift to a “two-plus” shift pattern from April 2020.

The change forms part of JLR’s transformation plan revealed a year ago and expected to bring some 4,500 redundancies globally, as the carmaker responds to a ‘perfect storm’ of declining sales in China, the introduction of the WTLP test cycle and the diesel downturn, as well as the economic uncertainty from Brexit – Jaguar Land Rover has previously warned that a no-deal Brexit could impact tens of thousands of jobs.

The Unite union said the job losses were a ‘fresh blow to the car industry’, following last year’s announcement that Honda is to close its Swindon plant in 2021, while Ford is closing its Bridgend engine plant this year and cutting 12,000 jobs in Europe.

Unite national officer Des Quinn commented: “The challenges being faced at JLR are also being experienced by other UK car factories.

“The UK’s car industry has plummeted from being the jewel in the crown of the UK’s manufacturing sector in a few short years, directly as a result of government inaction.

“Until the Government ensures that there is long-term frictionless trade and no tariffs with the European Union along with meaningful investment in the infrastructure to ensure the success of electric vehicles, the UK’s car industry will continue to experience severe challenges.”

In a statement, Jaguar Land Rover said the new pattern was agreed as part of the pay negotiations last year and that employees have been kept informed of the need for change as part of long-term planning. It stressed that the job losses were “about efficiency, not loss of volume” and that Halewood workers were being offered the opportunity to leave through an enhanced voluntary redundancy programme.

A spokesperson continued: “Through its ongoing transformation programme, Jaguar Land Rover is taking action to optimise performance, enable sustainable growth and safeguard the long-term success of our business. Central to the Halewood manufacturing strategy, we are moving from a three shift to a ‘two-plus’ shift pattern from April 2020. This will deliver significant operating efficiencies at the plant, while enabling us to meet the growing customer demand for our new Range Rover Evoque and Land Rover Discovery Sport.”

Since the transformation programme was revealed, JLR has published full-year results for the 2018/19 financial year showing it returned to profitability in Q4 2018 although it posted a £358m loss for the full year – £3.6bn including a one-off £3.1bn write-down – as a result of “multiple headwinds”, including the downturn in China but also declining diesel car sales.

However, the outlook for its Castle Bromwich plant – which recently moved to a four-day plan to secure its future – is more positive, following last summer’s announcement the new-generation electric-only XJ – which arrives this year – will be produced there.