The automotive industry is mourning the loss of James Davis, customer insight director at Cox Automotive, who passed away at the weekend. 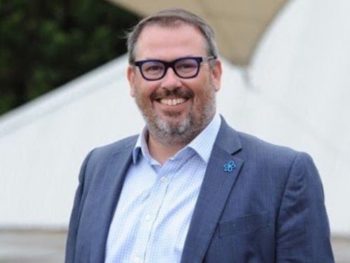 James Davis, customer insight director at Cox Automotive, had a long and much respected career within the automotive industry

James had a long and much respected career within the automotive industry, including a particular passion for all things relating to commercial vehicles.

He started his career with Central Motor Auctions in the early 1990s, before moving to National Car Auctions in 1994 as Commercial Vehicle Administrator.

In 1999, James moved to Lex Transfleet as asset manager, based in Coventry and responsible for remarketing of owned and fleet managed assets.

After a short spell out of the industry with Royal Bank of Scotland, he then returned to Manheim Auctions in 2004 as regional commercial vehicle manager for the South and was eventually promoted to director of commercial vehicles in 2010 with responsibility for Manheim UK’s CV strategy.

James assumed the role of customer insight director for CV for Cox Automotive in 2018.

James was also well-known for his enthusiasm for all things automotive outside of work and, in particular, his beloved 1959 MGA sportscar, which he used to raise significant sums for the Alzheimer’s Society.

He will be greatly missed by family, friends, team members and customers.

Tributes have also come in from the Fleet World team, many of whom knew James well and counted him as a friend.

Account executive Darren Brett said: “He was a man I knew for almost my whole time with Fleet World. A man who actually gave me the push to fulfil my long-standing ambition to do stand-up comedy, after I chatted with him at one of our Fleet World Honours events and he reminded me that I only have one life and to try all things out. I went with it and had one of the best years of my life meeting some great new people.

“He was incredibly inspirational too, including the work he did for charity and raising both money and awareness for the Alzheimer’s Society.

“James was one of the very best men. He always had time for you, always smiling, and always the politest person you would meet.

“The motoring industry was all the better for him and his crazy socks and I will miss him dearly.”

Fleet World account director Kevin Gregory, who knew James for over a decade, also paid tribute to him: “I was one of his first contacts when he took over as customer director of insight at Manheim – we quickly established a strong and mutually beneficial work relationship and became extremely good friends, meeting for many extended beer-infused lunchtimes by the river at Richmond, which was a favourite, amongst others.

“His approach to the industry – as with his many fund-raising activities – was always dynamic & forward-thinking and his enthusiasm infectious. His early and untimely departure is a big loss to the commercial vehicle world and he will be very sorely missed by all.”