Honda has announced its forthcoming electric supermini will simply be named the ‘Honda e’, with reservations to open this summer. 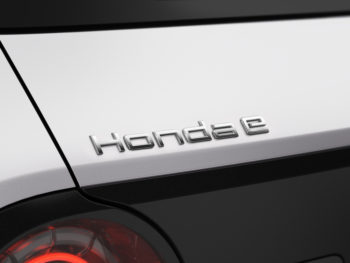 Reservations for the Honda e open this summer

First revealed as the modern-retro Urban EV Concept at the 2017 Frankfurt Motor Show followed up by the Honda e Prototype shown at Geneva Motor Show this spring, the five-door Honda e is due in 2020 and marks the brand’s first mass-production electric vehicle in Europe.

It will be built on a dedicated EV platform and will feature an electric motor driven through the rear wheels. No further performance details have been revealed but Honda said at Geneva that it will deliver a range of over 200km (125 miles) and a ‘fast charge’ functionality of 80% battery charge in 30 minutes.

The Honda e has seen huge interest since its initial 2017 debut; in the UK alone, it’s received almost 6,500 expressions of interest ahead of reservations opening in early summer.

It forms part of Honda’s plans to electrify its range; the brand announced at Geneva that 100% of its European automobile sales will be “electrified” by 2025.

This follows recent announcements of plans to phase out diesel. The new CR-V Hybrid replaces the previous 1.6-litre diesel and brings similar CO2 emissions while its updated HR-V has also launched without diesel. And the brand has also newly announced that the Intelligent Multi-Mode Drive (i-MMD) technology seen in the CR-V will be used in the next-gen Jazz.

Honda is also backing its electrification plans with support from new products and services. At the Geneva Motor Show, the carmaker revealed the first details of its developing energy management solutions business for Europe. Building on the Power Manager bi-directional charging concept first shown at Frankfurt motor show in 2017, the announcement saw the carmaker lay down plans to build a portfolio of energy management products and services offering a comprehensive solution for both EV customers and service operators in Europe.