Honda has confirmed pricing, CO2 emissions and specs for its fifth-generation CR-V, which arrives in showrooms next month. 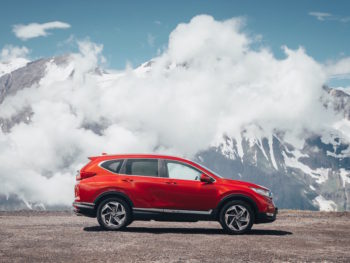 Priced from £25,995, the new model will initially be offered with just a 1.5 i-VTEC petrol engine as the carmaker phases out diesel from this range, while a hybrid will arrive next year.

Marc Samuel, Honda UK’s fleet sales operations manager, said it was a “bold” move to take out diesel from the range but added that the timing was right as a growing number of fleets – including the model’s public sector heartland audience – switch to alternatives, including businesses previously wedded to diesels.

Speaking to Fleet World, Samuel said: “We think it’s the right move; we know that petrol CR-V will do the same as the diesel engine did on towing capacity and actually it’s a very economical car. The launch of CR-V later in the year and hybrid mid next year will give us more options as people become aware of alternative fuels and some of the diesel-only fleets start talking about other fuel types.”

The 1.5 i-VTEC petrol engine will come with a choice of two and all-wheel drive and in both manual transmission and CVT. Manual models get a 170bhp output with emissions starting at 143g/km, rising to 188bhp and 158g/km for CVT-equipped 4WD versions.

The petrol engine is expected to find favour with emergency response fleets looking to move on from diesel models. Samuel explained: “The traditional heavy diesel engine didn’t work as well as it could for some of the emergency response fleets. I met with a guy who used to run a large ambulance fleet who said my vehicles sit idling for 6-8 hours a day then are driven like they are stolen. The reason CR-V works is it packs everything in, and it carries it well.”

“The fifth-generation CR-V once again raises the bar with the amount of equipment it comes with as standard at base grade,” said Phil Webb, head of car at Honda UK. “In an incredibly competitive marketplace, the new CR-V will stand out for sophisticated and sporty design alone and we have strong sales expectations for this car.”