Employees offered cash or car policies could be hit by newly confirmed Government plans to change the way employee benefits are taxed. 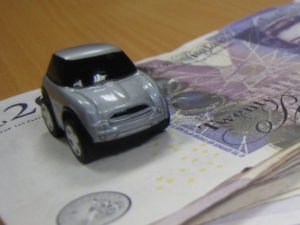 According to the BVRLA, up to 580,000 employees in the UK currently benefit from a cash or car policy.

Announced by HMRC today (5 December) in its document on ‘Income Tax: limitation of salary sacrifice’ as part of the draft legislation for the 2017 Finance Bill, the move would mean that employees who can choose between the options of a cash allowance or a company car will be taxed on whichever is the higher: the taxable benefit or the cash allowance sum.

According to the BVRLA, up to 580,000 employees in the UK benefit from a cash or car policy. Drivers of lower CO2 emitting cars will be affected the most, as there is the greatest difference between the taxable BiK and the salary sacrifice/allowance, though ultra-low emission vehicles are exempt from the proposed changes.

Speaking during the initial consultation, BVRLA chief executive, Gerry Keaney, said: “HMRC’s new proposals would introduce confusion and inequity into the system by requiring employers to change or increase their reporting requirements and by taxing an employee who has a cash alternative to their company car differently from one who has exactly the same vehicle but no cash alternative.”

The move will also impact on fleets through Class 1a NICs payable on employee benefits.

The announcement follows the consultation on salary sacrifice and cash allowance benefits earlier this year and comes on the heels of last month’s Autumn Statement announcement when the Government revealed that salary sacrifice schemes, including cars but excluding ultra low emission vehicles along with pensions, pensions advice, workplace nurseries and cycle to work schemes.

The Government has now also published new documents on salary sacrifice setting out that the criterion for exempting ULEVs from tax changes to salary sacrifice will apply to vehicles with emissions between 0 and 75g/km.

It added in the summary of responses that by far, the greatest number of requests to extend the list of exclusions for salary sacrifice related to company cars and in particular ultra or low emission vehicles.

HMRC also confirmed that the salary sacrifice changes will take effect from 6 April 2017. The new rules will kick in from 6 April 2018, except for cars, accommodation and school fees when the last date is 6 April 2021.

The consultation on the draft legislation will run until 1 February 2017 and the final details will be confirmed in Budget 2017.