HMRC has published draft legislation on company car tax bands for the tax year 2020 to 2021, illustrating its plans to introduce bands for lower-emission cars while increasing the tax thresholds for higher-emitting vehicles. 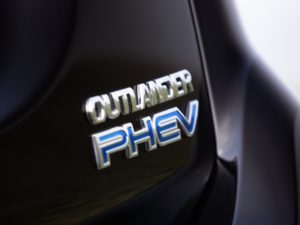 The new CCT bands are expected to drive fleet take-up of ULEVs.

The bands have been published today as part of draft legislation for Finance Bill 2017 and follow last month’s Autumn Statement when the Government announced that it would introduce a sliding scale for vehicles emitting 50g/km CO2 or less and reintroduce a BiK band for 0g/km vehicles, which had been removed last April.

Previously, the fleet industry had criticised the Autumn Statement for not providing details on the bandings as well as not announcing whether new tax rules on salary sacrifice would also apply to cash allowances – the Government has separately confirmed that these will be face new tax treatment too.

The changes to company car tax introduce 15 new bandings, of which 11 will be for ULEVs. From 2020, the appropriate percentages for zero emission cars will drop from 16% to 2%, while those for cars with CO2 emissions between 1g/km and 50g/km will vary between 2% and 14% depending on the number of zero-emission miles the vehicle can travel.

Designed to incentivise vehicles which can drive more regularly on battery power, it means plug-ins with a limited range will be taxed almost the same as the lowest-emitting petrol, diesel and hybrid models. Vehicles emitting 51-54g/km will be taxed at 15%, after which a one percentage point increase applies per 5g/km CO2.

The BVRLA has already welcomed the new BiK bands. Speaking at the time of the Autumn Statement, Gerry Keaney, chief executive said: “These new bandings will create a much greater incentive for employers and employees to choose the cleanest electric and hybrid cars. However, these decisions are pragmatic, cost-conscious ones and we are concerned that they may be deferred until the incentives come into effect.

“The ULEV market could suffer in the meantime as company car tax costs rise significantly between now and 2019.

“We will continue to push the Government to introduce green incentives that work now rather than later. In the meantime, BVRLA members will continue to help their customers reduce their overall transport costs.”

The table below shows the proposed new bands and rates for tax year 2020 to 2021.