More than half (51.4%) of UK garages believe parts prices will rise after Brexit, and more than two-fifths (42.3%) expect Brexit to impact parts availability in the UK. 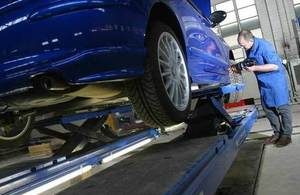 The survey by online garage and repair marketplace WhoCanFixMyCar.com of its network of independent garages also found that more than half (52.3%) believe that there will be an increase in labour costs after Brexit, with nearly two-thirds (61.5%) believing more customers will ignore required repairs for longer due to perceived/expected cost increases.

It follows the 2017 publication of a paper by the SMMT in association with Frost & Sullivan that revealed a 2.5-4.5% World Trade Organisation (WTO) tariff on imported car parts would cost the average car owner an extra £21 a year for replacement components.

The WhoCanFixMyCar.com research also found that UK garages are making Brexit contingency plans. Almost half (45%) have sourced alternative, UK-based suppliers ahead of Brexit, with around one in six choosing to stockpile parts ahead of the UK’s departure from the EU.

More than half of respondents also said that they’d made an effort to confirm agreements with current suppliers amidst uncertainty.

Following these findings, WhoCanFixMyCar.com is now running a survey to ask general members of the public how they feel Brexit will affect all aspects of driving in the UK, with a view of publishing a complete study on the UK’s opinions on motoring post-Brexit.