Green number plates for EVs: a step in the right direction or a misguided gimmick?

The Government has launched a consultation on introducing green number plates for electric vehicles to encourage EV uptake; but the move is already causing debate among motoring and electric vehicle-related organisations. 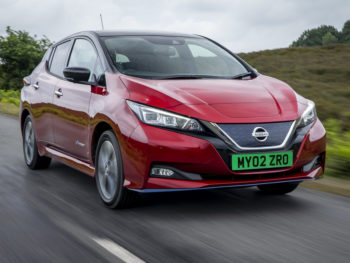 The licence plates, which would be introduced across the UK, would use a bespoke design featuring green detailing of some form to make EVs easily identifiable. This would enable drivers to benefit from local incentives such as free or cheaper parking while helping the Government with its target of net zero emissions by 2050.

The plans are being based on a similar scheme trialled in Ontario where drivers of electric vehicles have free access to toll lanes and high occupancy vehicle lanes, which is said to have led to an increase in EV registrations.

Transport Secretary Grant Shapps said: “Green number plates are a really positive and exciting way to help everyone recognise the increasing number of electric vehicles on our roads.

“By increasing awareness of these vehicles and the benefits they bring to their drivers and our environment, we will turbo-charge the zero-emission revolution.”

Elisabeth Costa, senior director at the Behavioural Insights Team, added: “The number of clean vehicles on our roads is increasing but we don’t notice as it’s difficult to tell clean vehicles apart from more polluting ones. Green number plates make these vehicles, and our decision to drive in a more environmentally-friendly way, more visible on roads. We think making the changing social norm noticeable will help encourage more of us to swap our cars for cleaner options.”

The move has been backed by EV charging network Engenie. CEO Ian Johnston said: “If we’re serious about transitioning to a low-carbon transport system, then incentives such as reduced parking fees for EV drivers, or allowing them to drive in bus lanes, is a no-brainer. These developments will help to boost driver confidence, alongside the rapidly expanding public charging infrastructure network that is now in place across the UK.”

Meanwhile car buying platform Carwow said the plans would have a positive role when it comes to the Government’s 2050 net zero emissions target. However, Phil Lloyd, chief marketing officer, said the idea that the new number plate system alone would motivate UK sales of new electric cars was a “little bit misleading” and added that more investment in charging infrastructure was needed.

He continued: “The general public are already interested in migrating over to electric cars, as we witness on a monthly basis here at Carwow. There is also the argument that a different coloured number plate will change very little regarding perceptions of electric vehicles, and what will truly encourage people to invest in electric technology is more education surrounding the benefits, as well as financial benefits of being an early adopter.”

And Fiona Howarth, CEO of Octopus Electric Vehicles, agreed the initiative would not be enough on its own to help hit the net zero emissions target.

“It is critical that we do more to incentivise a switch to green, clean transport – green number plates are a step in the right direction, but risk being just a gimmick for sandal wearers. Car manufacturers like Tesla, Audi, Nissan and Jaguar have created amazing cars, and now local and national governments need to take the steering wheel and truly drive the uptake,” she continued.

“Research released yesterday has shown that the ULEZ in London has reduced emissions, and counties like Nottingham are allowing EVs to use bus lanes, which is more powerful than you might expect. At a national level, it is essential that the Plug-in Car Grant – currently giving £3,500 off an electric vehicle – is extended and that the UK continues to hold car manufacturers to emissions targets, especially should we no longer be part of the EU regulations post Brexit.”

Meanwhile RAC head of roads policy Nicholas Lyes said there were question marks as to whether drivers would see this as a badge of honour or alternatively whether it could foster resentment among existing drivers of petrol and diesel vehicles.

“On the face of it, drivers we’ve questioned don’t seem too impressed – only a fifth think it’s a good idea and the majority said the number plates wouldn’t have the effect of making them any more likely to switch to an electric vehicle,” he explained.

“Incentives may make a difference in the short term and the possibility of free parking and the permission to use bus lanes at certain times could encourage some to switch, however many drivers remain cool on the idea even with this encouragement. Also, if these perks were to do their job and encourage people to switch, councils would have to quickly get rid of them again as they’d be losing parking revenue and no doubt be accused of allowing bus lanes to become clogged with electric vehicles. Given their relatively high upfront costs, only those drivers that could afford to make the switch to an electric vehicle would benefit – leaving the vast majority who still rely on a petrol and diesel cars losing out.

“We continue to believe that the best way of encouraging drivers to ‘go electric’ is for the Government to be providing the right financial incentives at the point of purchase, and investing in better charging infrastructure.”

To access the consultation on green number plates – which is open till 11:45pm on 14 January 2020, click here.