Current on-road trials of e-scooters will be key to a decision about whether they will be legalised in the future, the Government has told the Transport Select Committee. 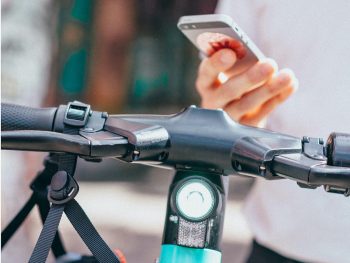 The DfT has said it will use information from the trials, along with the Transport Select Committee’s report itself and further findings from wider public stakeholder engagement, to decide whether e-scooters should be legalised

The comments follow the committee’s October report, which said the use of private e-scooters on roads and cycle lanes should be allowed to provide a low-cost, accessible and eco-friendly alternative to cars. But this was on the proviso that certain safety measures are taken, including ensuring pavement use remains illegal.

Around 30 trials of rental e-scooters are underway across the UK, running until autumn 2021

In the newly published response from the Government to the committee’s report, the Department for Transport said it will use information from the trials, along with the report itself and further findings from wider public stakeholder engagement to inform a decision on whether and how e-scooters might be legalised.

It’s already awarded the monitoring and evaluation contract and conversations with several external stakeholders such as vulnerable road users are already taking place.

Already the Government has said that the use of e-scooters on pavements will not be legalised – something that was of prime concern for witnesses during the inquiry.

The DfT says it is monitoring measures being used by operators in the trials including camera sensors, onboard sensor devices and geo-fencing technology. This can also reduce the hazard of street clutter.

With regards to the need for licences for e-scooters – trial e-scooters are classified as ‘motor vehicles’ and users require some form of driving licence – the Government has said it will consider the evidence from the trials on the safety of users and non-users before reviewing this decision.

The DfT also said responded to the committee’s report conclusion that e-scooters have the potential to be a low-cost, accessible and environmentally friendly alternative to the private car – and said that encouraging people to make the switch for some short journeys will be a key measure of success.

If trials are successful and the Government chooses to legalise e-scooters, environmental sustainability will be a key consideration.

Commenting on the Government’s response, Huw Merriman, chair of the Transport Select Committee, said: “When we launched our inquiry, we asked whether this new mode of transport was a pavement nuisance or transport innovation. The answer is that e-scooters are both.”

He continued: “Encouraging people out of cars for short journeys and on to e-scooters will be worthwhile if they are environmentally sustainable in their design and the processes used to recharge them. We look forward to hearing further evidence on their environmental impact and would encourage the Department to set targets for modal shift beyond the trial period. We will continue to monitor the Department’s progress through our inquiry into Reforming public transport after the pandemic.”