The Government has pledged to introduce fairer parking measures, cutting down on ‘cowboy’ private parking firms and encouraging shoppers to return to high streets and town centres. 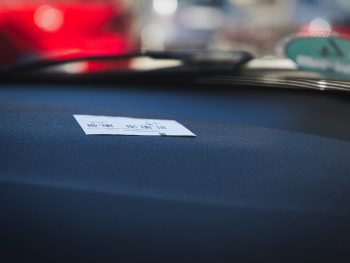 In its newly published response to the recent Parking code enforcement framework consultation, the Government said it would look to push ahead with the creation of a single independent appeals service for motorists to turn to if they receive a private parking fine. This would be on a free-to-use basis and cover areas including keying errors or mitigating circumstances.

There are currently two trade associations representing parking operators: the British Parking Association (BPA) and the International Parking Community (IPC) but the new single appeal system, due to go live by mid-2022, would provide a ‘one-stop shop’ for parking appeals and “a guarantee of fairness, consistency and simplicity for all”.

The Government also plans to push ahead with a Code of Practice – announced a year ago and covered in the consultation – which would be mandatory for all private parking firms. The code would bring greater regulation, making it easier for drivers to challenge unfair parking tickets and preventing parking firms that have breached the code from requesting motorists’ details from the DVLA.

Under the new system, motorists will be given a 50% discount for early payment while the Government said the level of parking fine will be more proportionate to the nature and seriousness of the breach, and that new parking charge caps would be levied.

The new Code of Practice is planned to be complete by the summer of 2021 and there will be a transition period for parking operators.

The consultation was held to advance the implementation of the Parking (Code of Practice) Act 2019, which was introduced by Sir Greg Knight MP, and supported by the Government.

However, commenting on the Government’s response to the consultation, the British Parking Association said it had serious concerns that a 50% cut in the rate of parking charges could “drastically” reduce the deterrent effect of parking charges on private land. This could then see commuters and local workers deliberately overstay in free parking such as supermarkets and retail sites to get a “cheap day’s parking”.

The BPA added that this could then force legitimate parking operators out, allowing the ‘cowboys’ to once again ride into town.

Steve Clark, BPA director of operations and business development, said: “The last year has provided us with overwhelming evidence that lower penalties allow for antisocial behaviour from some motorists seeking to find a parking space as close to their destination as possible. The Government’s announcement to lower the charges that can be issued on private land, is therefore nonsensical.

“Government must rethink this. Nobody wants the supermarkets and the retail sector to be forced to charge their customers for parking because of the inability for them to control abuse of spaces with a deterrent that is ineffective.”

Previous: MFG to roll out 2,800 ultra-rapid EV chargers in next decade
Next: Quietest Easter on the roads in at least eight years predicted