The Department for Transport has announced plans to push ahead with developing a single insurer model for autonomous vehicles to cover both the driver and the vehicle itself when in automated mode. 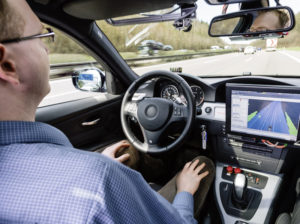 10. The Government will now extend compulsory motor vehicle insurance to create a single insurer model to protect victims where an autonomous vehicle causes a crash in automated mode.

The proposals follow its recent consultation, announced last summer, into how best to reform insurance to ensure innocent drivers are protected in the event of a crash involving an autonomous vehicle (AV) and provide fast and fair compensation.

In its response to the consultation, the Government outlined how it has amended its insurance proposal and now plans to supplement the compulsory motor insurance (Part VI of the Road Traffic Act 1988) to include the use of AVs, and establish a single insurer model, where an insurer covers both the driver’s use of the vehicle and the AV technology.

When a crash is determined to have been caused by an AV in automated mode, the victim will have a direct right against the motor insurer. The insurer in turn will have a right of recovery against the responsible party, which could include the manufacturer.

Previously the Government had been looking at compulsory motor insurance for automated vehicles to include product liability to give motorists cover when they have handed full control over to the vehicle. However, respondents to the consultation outlined that current product liability law and insurance practice have inherent restrictions that would not easily enable the underlying policy objectives in respect of motor accidents to be met.

Commenting on the new plans, Transport Secretary Chris Grayling said: “Automated vehicles have the potential to transform our roads in the future and make them even safer and easier to use, as well as promising new mobility for those who cannot drive.

“But we must ensure the public is protected in the event of an incident and we will introduce the framework to allow insurance for these new technologies.”

The plans were greeted by the Association of British Insurers (ABI), with Ben Howarth, senior policy adviser for motor and liability, commenting: “The insurance industry is 100% committed to supporting the development of automated vehicles, which have the potential to dramatically improve road safety and revolutionise our transport systems. We want to keep insurance as straightforward as possible, which is why insurers proposed the simple approach which the Government is now taking forward.”

Peter Shaw, chief executive at Thatcham Research, added: “We welcome the fact that the Government’s uncomplicated approach to automated car insurance echoes the approach proposed by the insurance industry. However, considerable uncertainty remains which is yet to be addressed.  As technology develops, and we see greater adoption of driver assistance systems, drivers need clarity on what they can and cannot do.  Is taking their hands off the steering wheel legal?  If they are allowed to do so, for how long and under what circumstances?”

The Government will now take its insurance proposals for automated vehicles forward into the Modern Transport Bill, which is due to enter the Houses of Parliament in the New Year.