Roads Minister Andrew Jones has announced more details about how motor insurance will be reformed to ensure driverless cars are covered, including a consultation to take place over the summer. 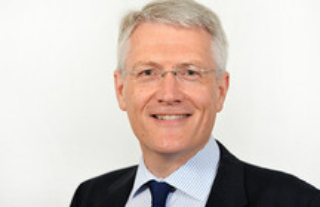 Speaking at Milton Keynes, the location of a major driverless car trial, Mr Jones gave his speech a week after the Queen’s Speech revealed plans to allow driverless cars to be covered under ordinary policies, forming part of a new Modern Transport Bill.

In his speech, Mr Jones reiterated the view that driverless cars are the future, saying: “Driverless cars are coming, and they are sooner than many people expect. They will be a great step forward in automotive history, and potentially add significantly to quality of life and human freedom. The UK is in a great position to lead their development.”

Mr Jones dismissed claims that driverless cars will make insurance unnecessary but said that insurance would need to change, explaining: “Firstly, much of the data on which insurance is priced and sold will steadily become obsolete.

“Secondly, vast quantities of new kinds of data will become available, assessing not individual driver risk but vehicle behaviour and other factors.

“And thirdly, in the event of a serious collision when in driverless mode, it would be the vehicle at fault, instead of the human driver.

“In the legislation we will propose, we want to create space for the industry to lead these changes.

“And we will amend the Road Traffic Act 1988 motor insurance provisions.

“Compulsory motor insurance will be retained, but it will be extended to cover product liability, so that when a motorist has handed control to their vehicle, they can be reassured that their insurance will be there if anything goes wrong.

“Where the vehicle is at fault then the insurer will be able to seek reimbursement from the manufacturer.”

He added: “The vital point is that, for affected individuals, the insurance process will feel much the same. Motorists and victims of collisions won’t be forced to go to court to obtain compensation. They will have the benefit of fast and fair insurance compensation – just as they do today.”

Mr Jones added that a consultation will take place on the changes over the summer, and they are expected to become law in time for applicable vehicles to come onto the market.

He concluded: “We want to make sure that the benefits of automated cars by electric or hydrogen motors will be felt here. We want to be first in the world to grab opportunities. We can’t do this without industry who looks to the future. And we have a rare chance to shape the legislation of the future.”