Government and rental firms crack down on vehicle terrorism

The Department for Transport has launched a Rental Vehicle Security Scheme which aims to increase counter-terrorism awareness across the sector and mitigate the risk of rental vehicles being used as weapons in acts of terror. 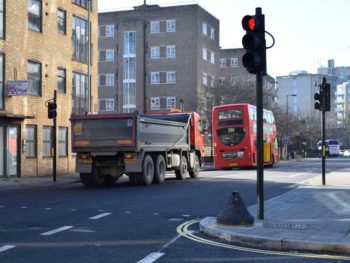 The voluntary scheme is open to all UK vehicle hire firms offering short-term rental to consumers and requires participating firms to meet a set of requirements outlined in a 10-point Code of Practice. This includes commitments to sharing data and information with law enforcement, training staff to identify and report suspicious behaviour, appointing a recognised security contact and only accepting electronic payment for all or part of the transaction.

The scheme has been developed in collaboration with the British Vehicle Rental and Leasing Association (BVRLA) and other key industry partners and comes some eight months after the BVRLA urged the Government to support the idea of an industry-led compulsory national accreditation scheme as it warned that vehicle terrorism was a key challenge for the rental industry.

Although the newly announced scheme doesn’t have the mandatory requirement that the BVRLA originally called for, the association said it believes it will demonstrate participating firms’ commitment to taking security seriously and will help in the fight against terrorism.

BVRLA chief executive Gerry Keaney said: “Although there is no single panacea for combating terrorism, the vehicle rental sector is committed to doing all it can to deter those seeking to inflict harm on our communities.

“Although those working in daily rental cannot, and should not, be expected to carry out the role of law enforcement, all UK citizens, including those working in our sector have an important role to play in the fight against terrorism by being vigilant and reporting anything suspicious. We would encourage all those operating in short-term vehicle rental to register for the scheme.”

The launch of the scheme follows the second phase of the Action Counters Terrorism campaign from the National Counter Terrorism Policing HQ campaign, which outlined how it is more important than ever that everyone plays their part in tackling terrorism.

Chief Superintendent Nick Aldworth, Counter Terrorism Policing, National Coordinator for Protective Security, said the introduction of the Rental Vehicle Security Scheme “shows a real commitment by industry to increase the levels of security awareness, promote the reporting of suspicious behaviours, enhance security checks and encourage support for law enforcement activity against crime and terrorism across the industry. This can only be a positive thing when helping keep people safe.”