Supermarkets and garages are being urged to cut prices at the pumps to reflect falling wholesale prices of unleaded and diesel. 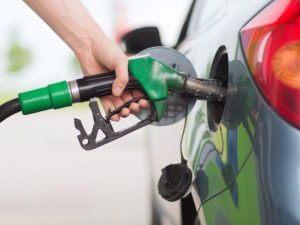 According to the RAC, with wholesale prices down by around 4p in the last two and half weeks, pump prices could be cut by at least 3p per litre, which would bring average petrol and diesel prices down to under 114p and 116p respectively. It would also mean the most price-competitive retailers including supermarkets and some independents could sell petrol for around 110p a litre and diesel for 112.5p.

Despite a fall in wholesale prices since 25 October, triggered by a falling oil price and steadying pound, the average price of both petrol and diesel have actually very slightly increased, by around a third of a penny.

RAC fuel spokesman Simon Williams said: “We are very surprised retailers haven’t reduced their forecourt prices in the last week as they have a good recent record of passing on wholesale price savings at the pump. However, this current unwillingness to cut will not help their cause in getting motorists to believe that forecourt prices don’t go up like a rocket when wholesale prices rise and fall like a feather when they’re coming down.

“A logical conclusion is that retailers are taking advantage of the current climate which has led people to think that higher fuel prices are an inevitability simply because of the weaker pound and talk of the rising cost of goods. A petrol and diesel cut by retailers now will send the right message to consumers that they can still benefit when wholesale fuel prices fall as they have done in recent days.”