Both fleet/lease and overall average values set new records at BCA auctions in October but increasing volumes may take their toll in coming weeks. 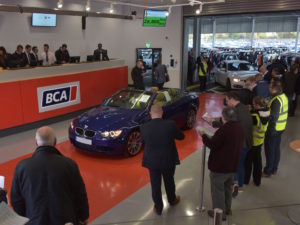 Latest BCA Pulse data shows fleet/lease values increased by £219 in October to reach a new record of £10,236. Retained value against original MRP (Manufacturers Retail Price) was static at 42.63 in October. Year-on-year values were up by £388 (3.9%), with age falling by one month and mileage down by 3,000.

Simon Henstock, BCA chief operating officer UK remarketing, commented: “While October returned record results for the fourth month running, rising average values are not the whole story. Volumes have climbed in recent weeks and there is a two-tier market developing. Ready-to-retail cars continue to attract the buyer’s attention and churn quickly, but poorer condition examples need to be accurately appraised and valued in line with market expectations if they are to be sold first time.”

“With volumes remaining high, wholesale prices are unlikely to improve between now and year end, and with the delicate balance between supply and demand likely to be maintained into the New Year, we may not see any significant spike in values or conversion rates in January 2017.”

He added: “Over valuing poor condition and less attractive cars almost inevitably results in a failure to sell first time, taking longer to sale and the potential for holding costs to rise. When buyers have greater choice they inevitably focus on those cars that represent the best profit opportunity in the shortest timescale.”