FleetCheck has axed standard set-up fees in a move said to set a precedent in the fleet software sector. 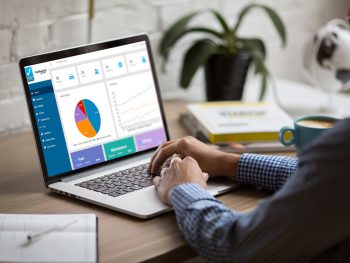 Managing director Peter Golding said the charges were a legacy from a time when implementing IT solutions was much more difficult than today – and that there was limited justification for continuing to use them as part of a normal pricing structure.

He explained: “The whole concept of set-up fees really dates back to the pre-internet era when technicians went out to install the software, which was sold to fleets at a very high single initial price, plus an annual maintenance fee.

“Today, no-one in the fleet software sector sells their products in that way. Initial fees are minimised in favour of a low monthly rental for a cloud-based solution. That means the whole idea of set-up fees is really part of an older mindset.”

Following investment in its system, processes and infrastructure, FleetCheck has simplified the work needed to set up and on-board accounts and said it no longer needs to charge for the time taken, unless any additional work is needed beyond a standard implementation.

Instead, the business will now absorb the cost, including initial training, into its existing monthly charging structure.

“This is something that we believe will be, over time, adopted across the industry in the interests of absolute pricing transparency and the kind of debate that we, as effectively a challenger brand in the sector, should be prompting.”

Golding added that the move was also part of an ongoing strategy by FleetCheck to make its activities as visible as possible to customers.

“There has traditionally been quite a lot of smoke and mirrors around IT in general and we are very much about firmly rejecting that approach. Our job is to deliver a product that makes life easier and more productive for fleet operators, supported by great service, charged at a reasonable price.

“So far in 2021, we are signing up more than one fleet a day, which we believe is a statistic that speaks for itself.”

Previous: Switch to EVs driving demand for fleet eco analysis
Next: Chance to win a meal for two in Aeris fleet telematics survey