The new Fleet World long-termer is quite a looker, reports Natalie Middleton. 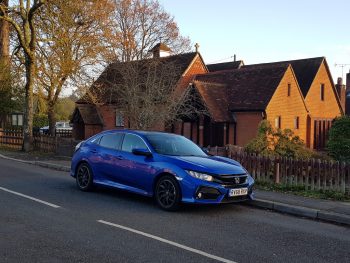 You know your new long-termer is a headturner of a car when the ‘cool kid’ at your son’s school clocks it on your very first school run and mentions it to the class that day.

It’s set a trend that’s continued in the first few weeks that we’ve had the car, seeing it garner a lot of praise for its looks and kudos – perhaps indicating the wisdom of Honda’s adoption of less quirky styling for the current model.

Marked out as the largest single model development programme in the company’s history, the 10th-generation Civic is also longer, lower and wider than its predecessor and with more advanced suspension.

But it’s the diesel in the latest Civic that’s the latest talking point. Launched nearly a year after the petrol models, the 1.6-litre i-DTEC arrived near the start of 2018 in manual guise, followed this summer in auto format – which marked the first time Honda has paired an automatic and a diesel together in the Civic. It’s also featured in the recently launched Civic saloon.

A comprehensively revised version of the diesel in the previous model Civic, the 118bhp unit brings official combined fuel consumption of 80.7mpg and 93g/km on the WLTP test cycle. But these were significantly trumped in October’s Fleet World/ALD Automotive MPG Marathon, which saw the Civic piloted by BBC journalist Paul Clifton and his daughter Françoise achieve an impressive 87.5mpg, giving it top honours among the combustion-engined cars in the event.

Not much pressure on me then.