Alex Grant tests the parking system in the BMW in his second report. 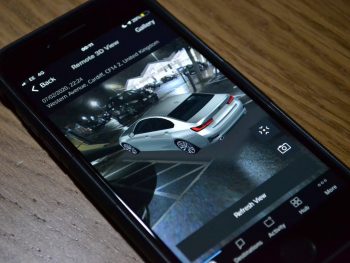 At 4.7 metres, our 330e is only marginally shorter end to end than the first 7 Series, but the executive chauffeur of 40 years ago didn’t have quite so many toys at their disposal. Particularly when it comes to squeezing into parking spaces which have barely grown since.

Parking cameras are hit and miss; often unclear, distorted, offset and even the best ones are no substitute for looking, but BMW’s system is brilliant. Our car is equipped with the £650 Parking Assistance Plus package, so it can manoeuvre itself into a bay automatically. It also adds cameras on all four sides, and some party tricks when park- ing manually.

Instead of just simulating a birds-eye view, the system can place a 3D model of the car in its surroundings offering two fixed viewpoints as if watching from the kerbside. The cameras also double up as a 360-degree dashcam, which records 20 seconds before and after a crash or by pressing a button next to the gearstick. For the gadget fans, the BMW Connected app enables you to remotely download images and view a digital version of the car in situ – I’ve yet to come up with a practical reason why you would. Big car tech for a now not-so-compact executive saloon.