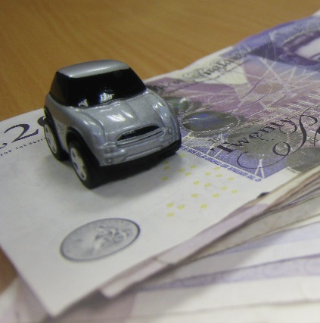 The findings, compiled from 317,000 company vehicles, show that almost half of the penalties came from drivers committing minor traffic offences, such as stopping in a box junction, with £4.2m worth of fines being issued to almost 25,000 drivers.

Lex added the rise is due in the main to the introduction of the Dart Charge at the end of 2014. The charge accounted for more than 17% of the total offences during 2015, with almost 35,000 drivers falling foul of the new payment system. A lack of driver awareness about the newly introduced legislation has cost businesses dear – a total of £474,497 in its first year.

Overall, since 2012, the cost to businesses of fines has increased by 58%, when the bill came in at a considerably lower £7m.

Guy Mason, head of fleet operations at Lex Autolease, said: “The enormous jump in year-on-year increases for both the number of offences committed and the value of fines incurred should be of real concern.

“Our data suggests a clampdown on motoring offences that might have been considered minor in the past, with increased investment in bus lane cameras and traffic wardens by local authorities meaning company car drivers should no longer feel they can simply ‘get away with’ so-called minor misdemeanours.

“Though more than three quarters of the offences committed are classed as ‘minor’ traffic infringements, the financial impact of such offences is far from minimal and it is clear that businesses need to do much more to change the driving habits of employees. The economic impact of investing in driver training should be incentive enough for businesses to meet this challenge head on.”

The figures also reveal the frequency of more serious endorsable offences, such as driving dangerously, speeding or driving whilst using a mobile phone. As a proportion of the total number of fines incurred, such offences accounted for just 22% in 2015; however, the year on year increase of 9% to a total of 43,636 instances of endorsable offences points to the ongoing need for businesses to invest in driver education.

Mason added: “While businesses do undertake driver education programmes, such as Drivetech, the fact remains that more than 43,000 company car drivers committed motoring offences which are typically more serious in nature.

“This calls into question the safety of employees and other road users, as well as raising concerns about the possibility of drivers receiving penalty points on their license or even a driving ban – hindering their ability to do their job.”